“I was just glad that some kid didn’t find it and decide they were going to try and light it themselves," he told FOX 29.

A second device was discovered just a few blocks away under a trestle after a driver heard the explosion on Monday.

“Our officers went out. They actually found the device similar to the device we located yesterday the appearance and general makeup was very similar and the device we found today appeared to have been the detonated device the gentlemen was referring to," Caln Township Police Chief Joseph Elias said.

Police are not yet ready to call this a pattern.

“I don’t know if I’d call if a serial bomber. At this point, our goals are this, right now to try and identify who’s responsible and at the same time provide information to the public to keep them safe," Chief Elias said.

Police released a photo Thursday of a white van that was in the area. Police stress the vehicle is being sought in order to obtain potential witness information and the driver is not believed to be associated with the placement of the devices. 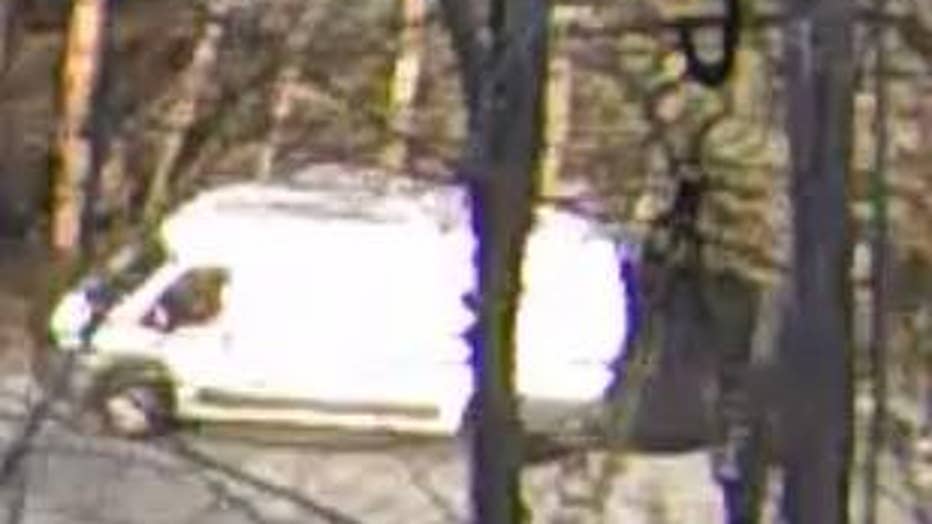 Police are seeking the public’s assistance in attempting to locate a vehicle that was in the area of the Olive Street underpass (Olive Street and South Caln Road) on Monday, Jan. 20.

If you have any information, please contact the Caln Township Police Department at 610-383-1821.