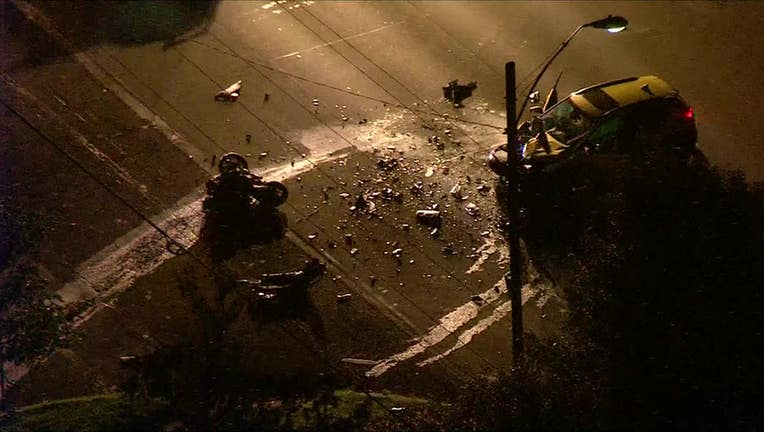 SOUTHAMPTON - Police say a 26-year-old man was killed Wednesday night when his motorcycle collided with a car in Bucks County.

According to investigators, the incident happened on at the intersection of Street Road and Pickering Drive around 9 p.m.

The motorcycle operator, later identified as Maryan Romanyk, was confirmed dead by authorities Friday morning. Police say the driver and a passenger of the car were taken to Abington Hospital.

The accident closed both roads for four hours as detectives worked through the scene.

This is an ongoing investigation. Anyone with information on the accident is asked to call police at 215-364-5000.