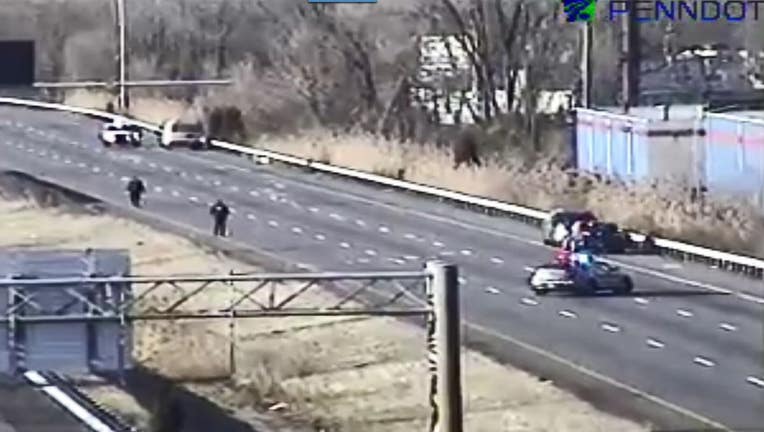 PHILADELPHIA - It was a violent night in Philadelphia with five people hospitalized in five separate shootings.

The first shooting happened on the 6600 block of North 7th Street on the highway at approximately 12:42 A.M. Police say a 26-year-old black male was shot one time in the right side of his back.

He was taken by police to Albert Einstein Medical Center and is currently listed in stable condition.  The scene was held and no arrest.

A 30-year-old suffered multiple gunshot wounds to the chest and face. He took himself to the hospital at approximately 2:57 a.m. where he is currently listed in critical condition. The location of the shooting is unknown at this time. No arrest was made and no weapon was recovered.

At approximately 3:55 a.m. on I-95 southbound and Academy road, a hispanic male was shot once in the stomach through the door of his car by another driver. The 35-year-old victim drove himself to the hospital and was later released, according to police.

In a Saturday night update, Pennsylvania State Police report the victim was shot by a person in a dark-colored Jeep Grand Cherokee.

On the 1800 block of East Wishart Street on the highway at approximately 4:12 a.m., a 25-year-old black male was shot twice, police say. He was shot once in the forehead and once in the neck. He was taken by police to Temple University Hospital and is currently listed in stable condition. The scene was held, no arrest was made, and no weapon recovered.

At approximately 5:09 a.m., a 21-year-old hispanic male arrived at Pennsylvania Hospital with a gunshot wound to the left foot. He was taken to the hospital by private vehicle and is currently listed in stable condition. No arrest has been made at this time.

Investigations are underway into each of these shooting incidents.