Police: Boulders placed on highway responsible for more than a dozen accidents in Exeter Township

Exeter Township police are investigating after boulders have caused more than a dozen accidents.

EXETER TWP., Pa. - Police are investigating several incidents where it appears someone placed boulders on the West Shore Bypass (Rt. 422) eastbound just after the Mt. Penn exit in Exeter Township. According to police, the rocks are the cause of more than a dozen accidents.

The accident reports started on Nov. 30. 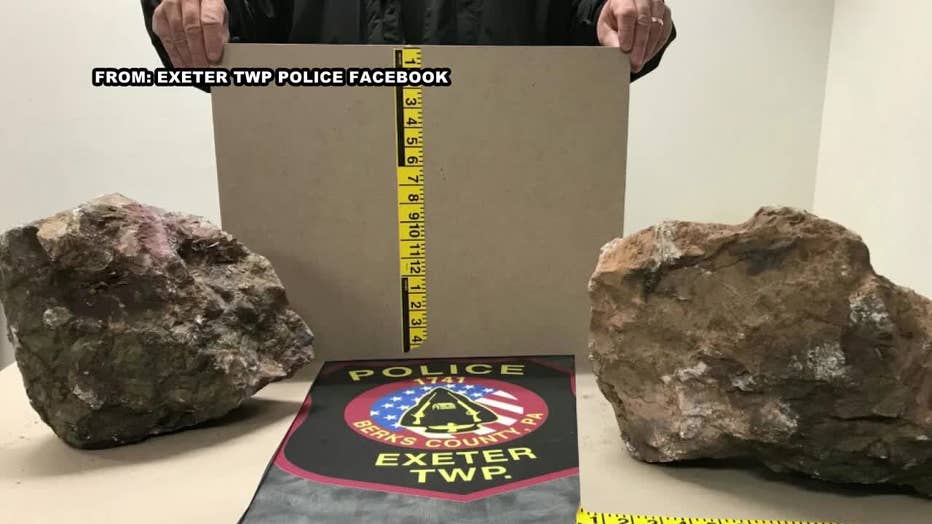 Police say at first drivers thought they hit something like regular debris on the road not thinking it was malicious, but police say someone is doing it intentionally.

"Yeah, that's pretty bad, especially if it was to hit somebody's windshield that would be bad," said one driver.

Investigators say a Pennslyvania state trooper also hit one of the boulders. They believe whoever is putting them along the road is doing it late at night.