SOUTH PHILADELPHIA - Police say a store employee was shot and killed inside a convenience store in South Philadelphia.

It happened at the JD Hoyu Grocery at 9th and Porter streets around 5:30 p.m. Tuesday.

Responding officers found 31-year-old Xiaoding Li laying facedown behind the counter, suffering from a single gunshot wound to the chest. He was taken to Thomas Jefferson University Hospital, where he was pronounced dead. 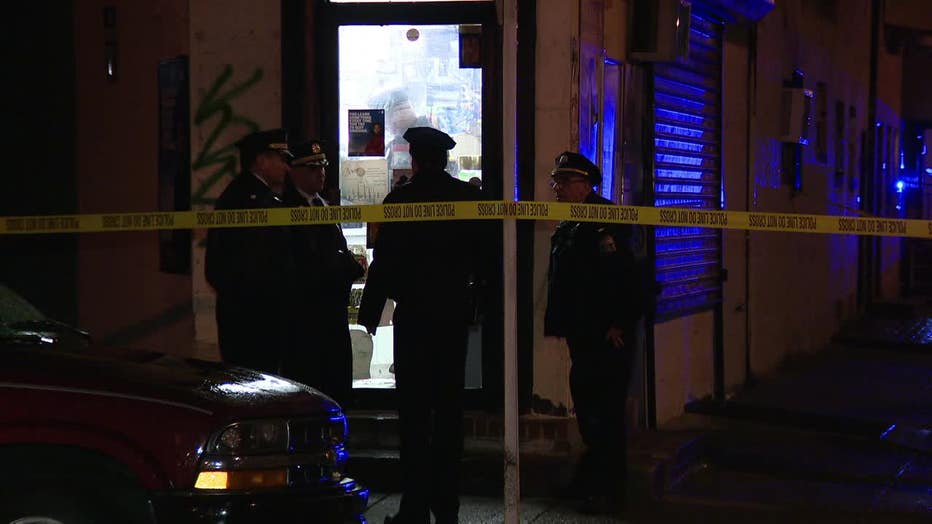 Police say the store is family-owned and Li was working as a cashier. FOX 29's Steve Keeley reports Li was a newlywed father of two young boys.

Police described the first suspect as a black male wearing a black three-quarter length winter coat with a hood, along with a black hooded sweatshirt, black pants, black sneakers and black ski mask. He was allegedly armed with a 9 mm firearm.

Police are investigating a fatal shooting at a South Philadelphia convenience store.