Police have identified the young boy fighting for his life after he was shot in the head as he played in his front yard on Saturday.

The shooting occurred around 7:40 p.m. on the 200 block of Simpson Street.

Police say a 7-year-old Zamar Jones was shot once in the head during the incident. He was transported to the Children's Hospital of Philadelphia by a private ambulance and place in critical condition.

According to investigators, a blue Chevy Silverado was traveling southbound on North Simpson Street when the driver fired a gun towards a group of people standing outside a residence. The 7-year-old boy was reportedly the only person struck by gunfire. 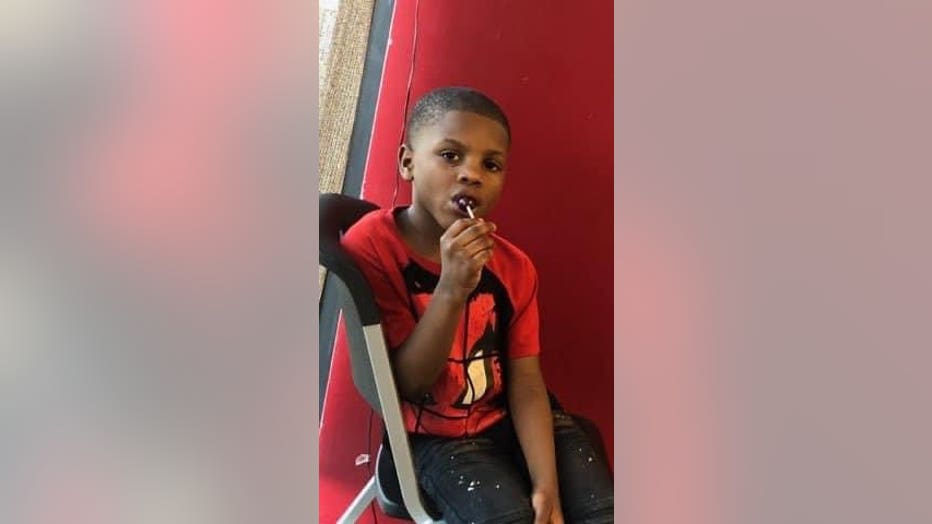 Police say two men near the scene began shooting at the fleeing Silverado, causing it to rear-end a GMC Yukon. The driver reportedly used the Yukon to flee the scene. Police found the second getaway vehicle abandoned on 64th Street and Race Street.

Authorities captured the suspect when he returned to the scene to retrieve the Silverado truck. Police say two additional suspects are also being sought.

"We are heartbroken by the tragedy that occurred this evening on the 200 block of Simpson Street. An innocent eight-year-old was struck by gunfire and is in grave condition. Although an individual has been taken into custody, that does not diminish the impact this senseless act has on the child, his family, and the entire community. Criminal acts such as this have no place in our communities, and we are committed to securing justice and promoting healing for all who are affected. While every act of gun violence is lamentable, it is especially tragic when the victim is among our most vulnerable; and it is our collective responsibility - police, and community - to ensure that our children are safe and well-protected. Our thoughts and prayers go out to the precious child and his family," Outlaw said.