PHILADELPHIA - Philadelphia police say one person has died and six others were injured in a multi-vehicle crash in the city’s Overbrook Park neighborhood.

Police say a Ford was speeding eastbound on 7200 block of Haverford Avenue around 2 p.m. when it crossed over into the westbound lane and struck a Honda head-on. The Honda lost control and subsequently struck five vehicles that were parked along the roadside. The driver of the Ford reportedly fled the scene and left a 27-year-old woman and two young boys.

According to authorities, 35-year-old Chad Anthony Grey was pronounced dead at the scene. The 27-year-old victim was hospitalized and her condition is unknown at this time. The 4-year-old child was taken to CHOP in stable condition and the 1-year-old was treated at Jefferson Hospital and later released. 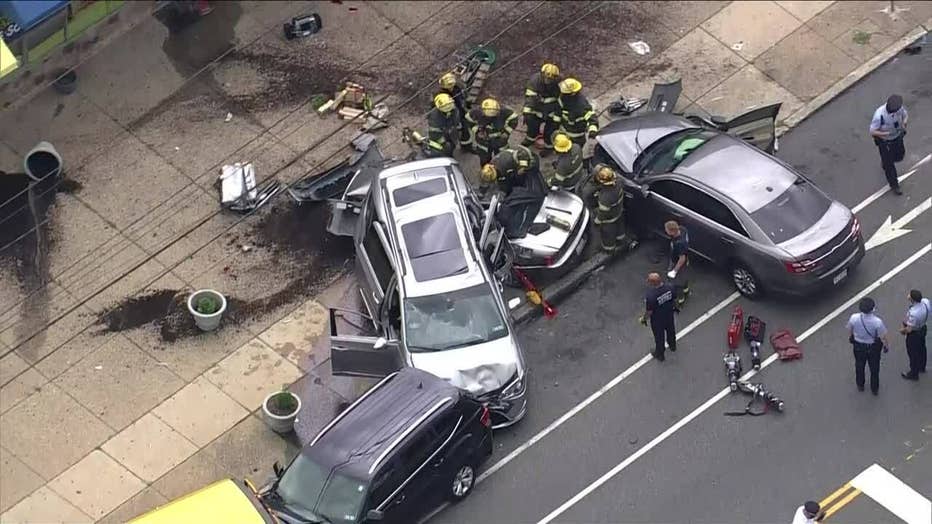 Police say the driver who left the scene has been identified as a juvenile.