The shooting reportedly happened at the CVS Pharmacy on the 1400 block of South 10th Street.

Officials report that Lieutenant Robert Friel, 48, recently finished his shift when a missing man who expressed suicidal thoughts was located at a CVS near the third precinct station. Police say the 50-year-old man was believed to be armed with two handguns and an assault rifle, and had used narcotics. 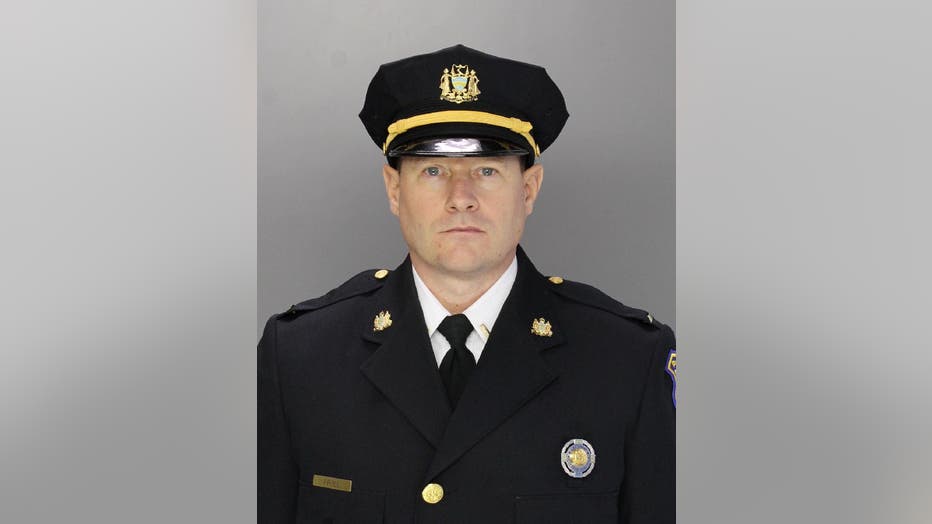 Friel and other officers reportedly confronted the suspect and a struggle ensued. During the struggle, the suspect shot Lieutenant Friel in the thigh and gained possession of an officer's gun, firing once at the ground.

Mayor Kenney and Police Commissioner Danielle Outlaw give the latest on this morning's shooting.

District Attorney Larry Krasner lauded the bravery shown by Friel and the members of the Philadelphia Police Department. Krasner says he expects charges to be filed in the near future.

"Lieutenant Friel's injuries are extremely serious. My heart goes out to him and his family for their long road to healing ahead," Krasner said in an email.

During a press briefing, Commissioner Danielle Outlaw said Friel's brother, Joseph, was killed in the line of duty in the 1990s when he was struck by a drunk driver.

Friel is a 28 year veteran of the Philadelphia police force. He is married with three children.