Shots were fired&nbsp;during a funeral at an Upper Darby&nbsp;cemetery Thursday morning.

UPPER DARBY, Pa. - Shots were fired during a funeral at an Upper Darby cemetery Thursday morning.

"It's a nice area it shouldn't be happening here," said John Loizos. "You're at a funeral, you're across the street from a church and there are children in the area."

The Janazah a Muslim funeral was being held for a 29-year-old man who police say was killed in Philadelphia's 16th District earlier this week.

SKYFOX flew above friends Southwestern Burial ground on Powell Lane as police responded to the scene. Police say a confrontation broke out and shots were fired. A man was hit several times and a woman was grazed in the face. 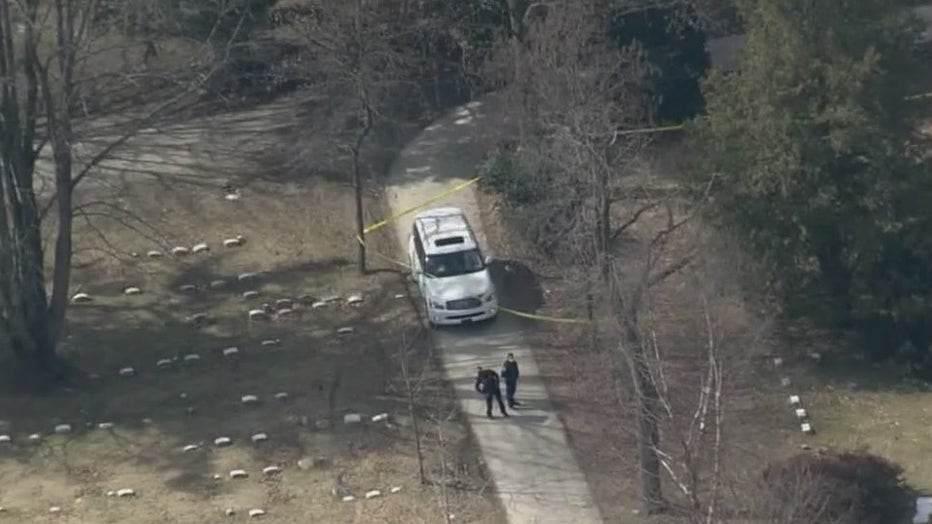 "It's a dangerous situation for everyone and it needs to be monitored," said Father Gregory Gilbert with the church across the street. He says he’s been unsuccessful at getting help making sure the funerals here are policed.

"The circumstances here are dire because there's an unwillingness from the cemetery across the street to ever bring in the police presence," said Father Gregory.

John Loizos says he's concerned about the violence from Philadelphia creeping into his Delco neighborhood and other nearby counties.

"This has to stop. Guys put your guns away. Learn how to fight a different way," said Loizos.

Police also say they responded to car accidents at the time but that they happened as a result of people trying to get away when shots were fired.

The cemetery groundskeeper said off camera this is the second shooting there in a week.

Late Thursday, Upper Darby Police released surveillance pictures of two people they're calling "persons of interest". They're working on getting more from video they've obtained. Call police if you can help identify them.