FOX 29's Kelly Rule reports from North Philadelphia after a racial slur was spray-painted on a mural of Cecil B. Moore.

The Cecil B. Moore mural, located in North Philadelphia at North Bouvier and West Jefferson streets, was sprayed with a vulgar word early Saturday morning. 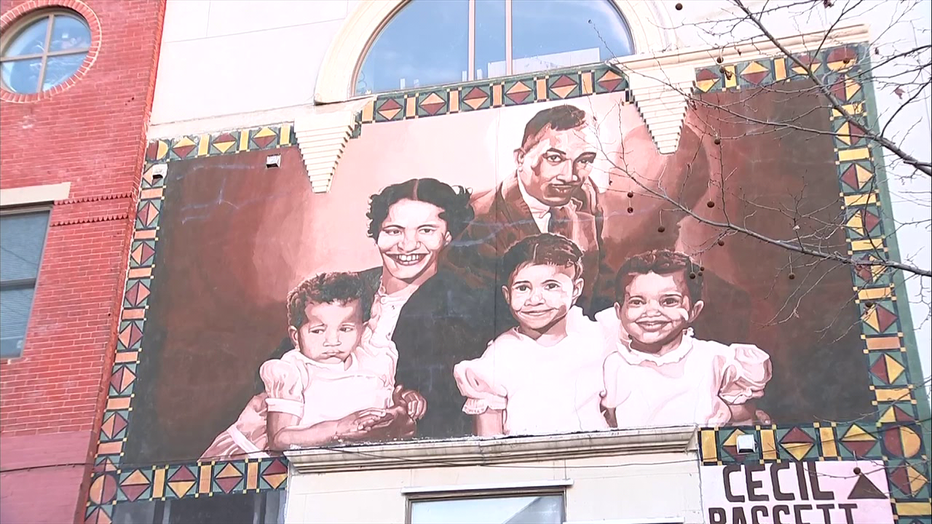 Alongside the slur, an arrow pointed to the prominent Philadelphia lawyer and activist.

Andrew Hunter lives just a few houses down from the mural. He expressed shock when he saw the damage.

“It’s a bummer, man. I mean, I love the mural program in the city. I’m an artist myself, so it sucks that someone with a spray can can destroy a beautiful piece of art in such a quick manner,” Hunter explained. 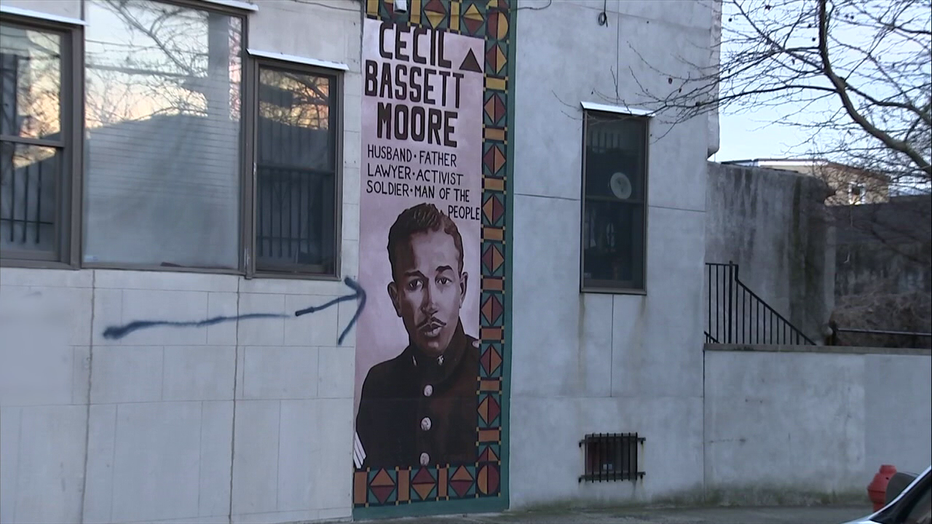 Philadelphia police are officially investigating the case and are asking for the public’s help in identifying the person responsible for spraying such hateful words.

“The graffiti scrawled on the mural honoring Cecil B. Moore was offensive and racist. Cecil B. Moore was a major leader in the civil rights movement in Philadelphia and a city councilman from North Philly. When I saw the graffiti this morning, I immediately contacted city officials and it will be removed shortly. It sends a signal of hate which we will not tolerate in the City of Philadelphia.”

Hunter says hate will not break up his neighborhood.

“It’s one of my favorite neighborhoods. Everyone is super close. I met everyone on the block and I don’t think anyone in this neighborhood would have done that. I think it’s some punk kid who thought they were going to be messing with a bunch of people. It’s devastating that they can just affect so many people so quickly with something so stupid,” Hunter added.

Marcus Espinoza reports on the racial slur spray-painted on the Cecil B. Moore mural in North Philadelphia