Investigators say the carjacking and robbery were related after they happened just several hours apart.&nbsp;

PHILADELPHIA - Police are investigating multiple incidents after a man was found shot inside a stolen car in Center City.

Investigators say the carjacking and robbery were related after they happened just several hours apart.

The first incident happened just before 6 p.m. as police were called to a carjacking at 10th and Spruce Streets.

A victim had just exited his vehicle when he was approached by two men. He was ordered to lay face down on the street as the assailants demanded money, to which he handed over his cell phone and wallet to the individual who was brandishing the black firearm.

As the victim remained face down on the street, the attackers entered his vehicle and drove southbound on 10th Street.

The first suspect was described as being a Black male, light-skinned, black jacket, black hoody pulled over his face, and over 6’0. The second suspect was also a black male, shorter and also wearing all dark clothing.

Then, shortly before 9 p.m. police were called to 18th and Callowhill Streets for a report of a robbery.

The victim was walking when two men in a vehicle pulled up next to him and exited the vehicle. The suspects demanded money and his cell phone. 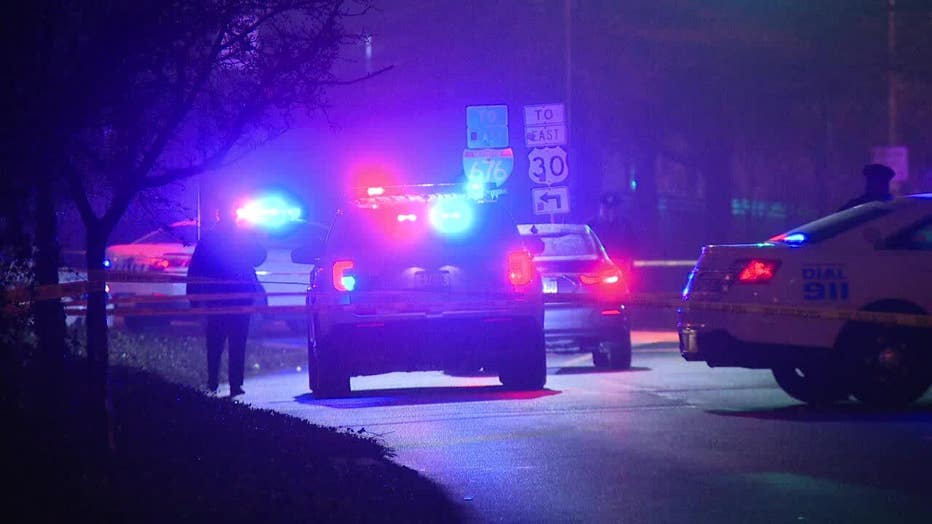 Police are investigating whether or not a robbery that ended in a shooting is connected with a carjacking in the area earlier in the day.

The victim, who had a permit to carry, tells officers he opened fired on the thief and believes he hit him in the head. He fired three shots total and believed he hit one as he saw one of the suspects lying on the ground. However, the suspect then got away. The victim flagged down a security guard who then called police.

Shortly after, a black male later identified as one of the offenders told an officer that his brother was just shot and that they had been robbed. At the same time, the security guard from the previous incident approached the officer and stated that the robbery victim was up the street; the person he was talking to was one of the offenders.

Police apprehended that suspect, but several minutes later, a man was found in the Chevrolet sedan at 7th and Callowhill Streets with a gunshot wound to the left side of his head. Inside the pocket of the man was a wallet belonging to the first victim.

The man was conscious and rushed to Temple University Hospital where he is now in critical condition.

Police say carjackings are on the rise across the city.

FOX 29's Lauren Johnson has the latest details on the possible crime spree.