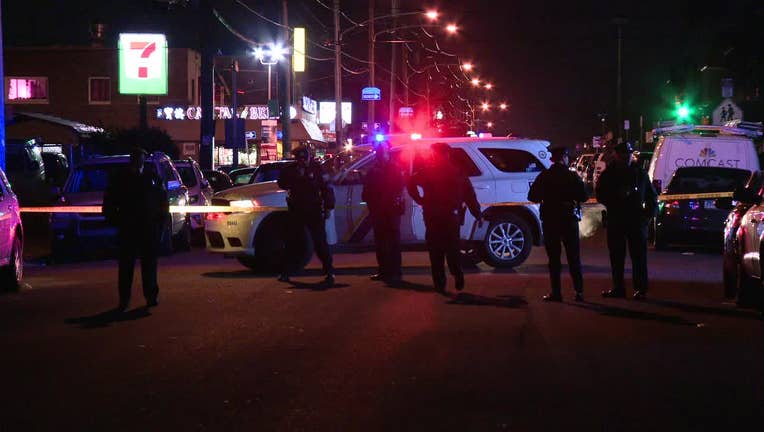 Officers responded to the 1200 block of Luzurne Street around 5:30 p.m. for reports of gunshots. Police reportedly found over 10 spent shell casings from two different guns on the scene.

While investigating the shooting, authorities say a 26-year-old man arrived at Temple University Hospital suffering from a gunshot wound in the right arm. The victim reportedly told police that he had been shot on the 1200 block of Luzurne Street. He is expected to recover.

Investigators say a 51-year-old mother and her 28-year-old daughter were inside a passing car that was struck by stray gunfire. Neither bystander was hurt.

Detectives are combing through security footage from nearby businesses as part of their investigation.