PHILADELPHIA - Minutes after an alleged robbery turned deadly in Olney, officers were called to another fatal shooting in the area.

According to police, 35th District officers responded around 1:30 a.m.

According to authorities, additional units responded to the 6000 block of N 5th Street and found a shooting victim inside of a parked car.

The driver, a 49-year-old man, was unresponsive and police say he was shot once in the face and several times in the torso.

Authorities say medics transported him to Einstein Hospital where he was pronounced dead at 2:10 a.m.

Philadelphia Police Chief Inspector Scott Small says the man was shot while sitting in the driver's seat because the car was hit by gunfire more than 10 times. 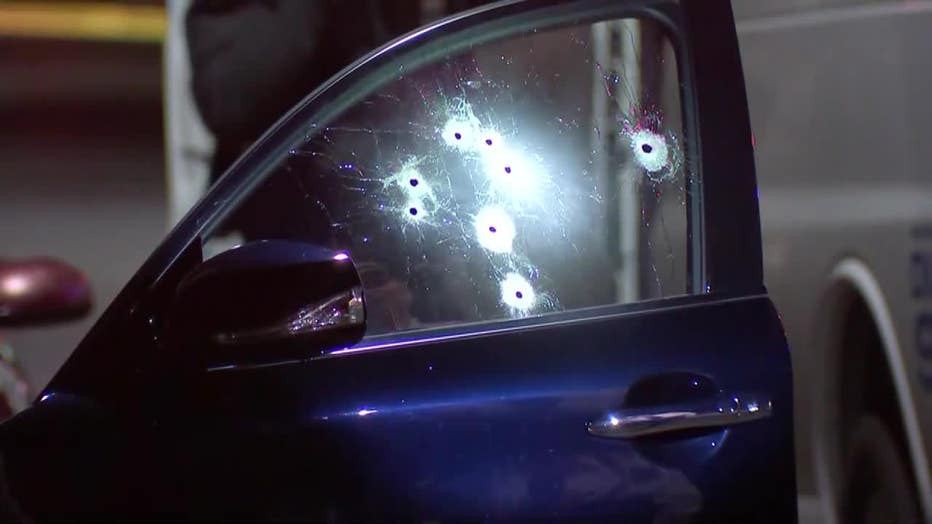 Police are investigating a shooting in Olney that left one man dead.

A total of 28 spent shell casings were found just outside of the vehicle, Small says.

Small says when the victim was taken to the hospital, a gun was found on his waistband.

"It appears that although he had a gun, it appears that he never had a chance to use that weapon because it was still in his waistband when he arrived at the hospital," Small says.

According to police, several cameras were active in the area during the time of the shooting.

The investigation remains ongoing and active.