PHILADELPHIA - A suspected robber was shot and killed early Tuesday morning after a man took his gun and shot him with it, police say.

According to Philadelphia Police Chief Inspector Scott Small, around 1 a.m., 35th district officers responded to reports of two shooting victims in the smoke shop on the 5300 block of 5th Street.

As officers were responding to that call, they received another call for a shooting victim inside of a car on W Olney Avenue, police say.

Authorities say when officers responded to the smoke shop, no victims were inside, but it was clear there was a shooting scene due to spent shell casings and blood.

Officers found an unresponsive shooting victim in the passenger seat of a Toyota with gunshot wounds to the groin and thigh and he was pronounced dead around 1:15 a.m., Small says.

Police say the Toyota the man was in was stolen last week from the 24th District.

Investigators say they learned there was a robbery in the smoke shop, with the deceased shooting victim matching the description of the robber.

"We believe while that robbery was taking place someone fired shots striking the perpetrator who was the male inside the Toyota who was pronounced dead," Small says. "That's our preliminary information." 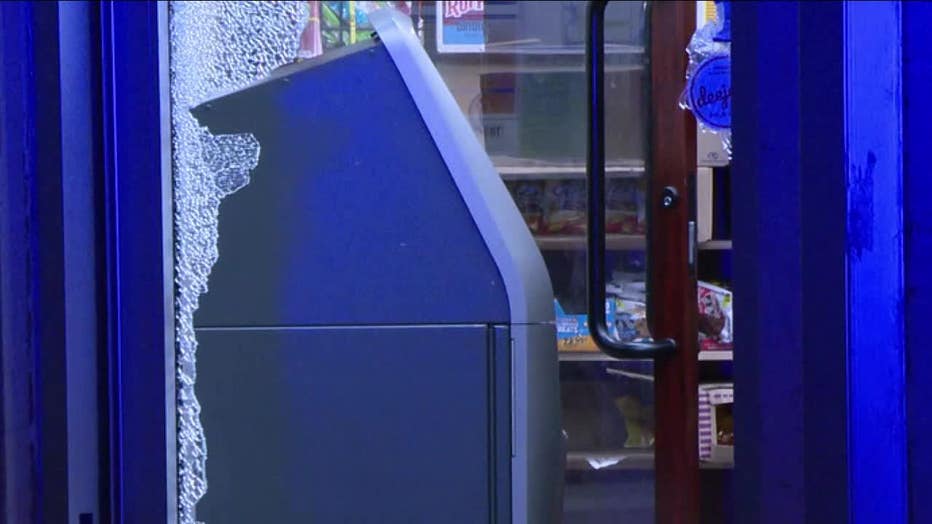 Police also say another shooting victim, a 36-year-old man with a gunshot wound in the shoulder, showed up at the hospital.

According to authorities, he was also shot inside the smoke shop on 5th Street.

"At this point, we believe there was a robbery inside the smoke shop. Possibly the tables were turned on the robber and that's when the robber got shot and he was able to get in this Toyota in the passenger seat who was driven two-and-a-half blocks," Small says.

Police say the incident was caught on camera inside the smoke shop.

The 36-year-old shooting victim and a 45-year-old man he was with, are cooperating with authorities, according to Small.

Police say they are still looking for is the person who drove the Toyota from the smoke shop and abandoned the deceased shooting victim blocks away on W Olney Avenue.

The case is still active and under investigation.