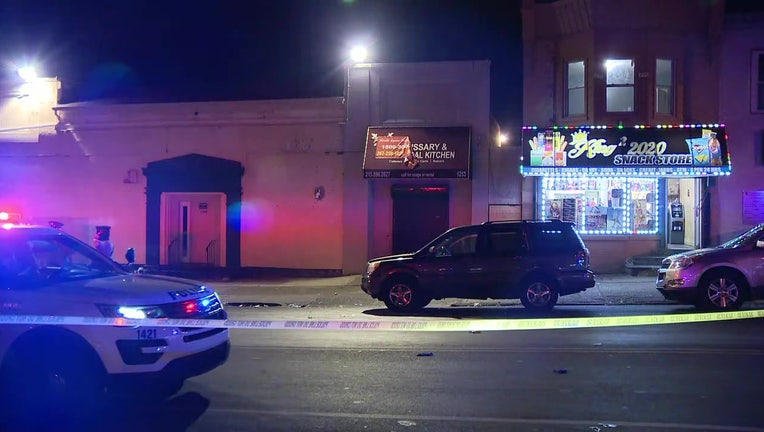 Police say a 23-year-old man was shot and killed while walking into a store in East Germantown.

EAST GERMANTOWN - Philadelphia police say a man was shot and killed from behind as he was walking into a store in East Germantown late Tuesday night.

Philadelphia Police Department Chief Inspector Scott Small told reporters that a 22-year-old Dashean Lee was in the doorway of King 2 2020 Snackstore on East Chelten Avenue when an unknown shooter walked up behind him and fire multiple shots.

Small said the unnamed victim suffered gunshot wounds to the back, head and chest, and died at Einstein Hospital.

A 27-year-old man who was inside the take-out section of the store was hit in the ankle by stray gunfire, according to Small. He ran to a McDonald's near Haines Steet and Stenton Avenue and was taken to Einstein in stable condition.

Small said police are still investigating what sparked the shooting. No arrests were reported immediately following the deadly shooting.

In a Wednesday morning update, police described the suspect as a Black man wearing a black Nike hoodie, black sweatpants, and black Nike slides with white/red socks. He was last seen heading southwest on East Chelten Avenue towards Anderson Street.