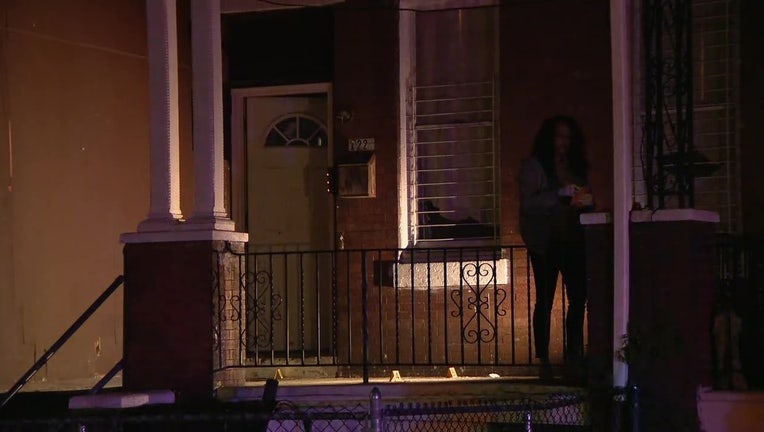 Authorities say a man is in critical condition after being shot multiple times while he was sitting on his porch in North Philadelphia Tuesday night.

Just before 9 p.m., police say they responded to the 1200 block of West Erie Ave for reports of a shooting.

Police say when they arrived at the scene, they found a 41-year-old man sitting on his porch with multiple gunshot wounds to his back and legs.

Authorities say the victim was sitting on a chair on his front porch with several friends when two men walked up onto the porch and fired at least six gunshots. Police say they found six spent shell casings on two porches—the victim’s porch and the porch right next door.

The victim was rushed to Temple University hospital where he was placed in critical condition, but authorities say he is expected to survive.

Police describe the suspects as two men, about six feet tall, both wearing face masks. According to police, they were last seen on foot heading north on 13th Street from Erie Avenue.

Police are actively investigating this incident using the numerous cameras that are in the area. They are asking anyone with information to contact them.