Police: Man who fired at store employee after refusing to wear mask captured during shootout

BETHLEHEM, Pa - Authorities say a man wanted for shooting at a Bethlehem cigar store employee after he stole two cigars when he was asked to leave the store for refusing to wear a mask, was later arrested during a shootout with police in Slatington.

Adam Michael Zaborowski, 35, has been charged with attempted murder, aggravated assault and related charges stemming from an incident that happened Friday afternoon at Cigars International on the Nazareth Pike.

An employee followed Zaborowski outside the store and asked him to return the cigars. Police say Zaborowski pulled out a semiautomatic handgun and fired one round in the air then two rounds at the employee. He fled the scene in a blue Dodge Dakota pickup truck.

Investigators quickly identified Zaborowski as a suspect and pinpointed locations where he may have gone. 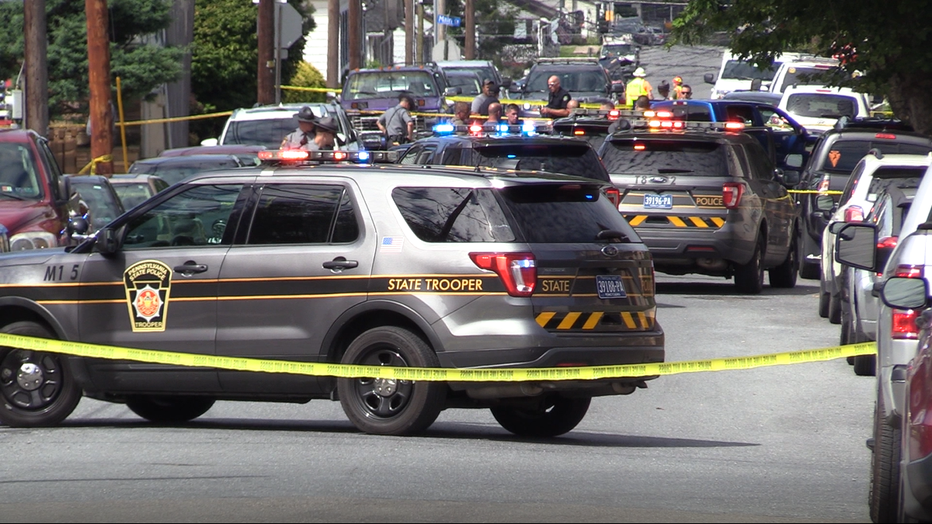 Just before 10 a.m. Saturday morning, police in Slatington Borough located Zaborowski and were preparing to issue and arrest warrant when he attempted to flee in a truck that was reportedly loaded with guns.

Officers followed Zaborowski and attempted to pull over his vehicle. Police say he emerged from the truck and began firing at officers. Police returned fire and struck Zaborowski. Two officers sustained a minor injury and is expected to recover.

Authorities say Zaborowski was treated at the scene by paramedics, then airlifted to Saint Luke’s Fountain Hill. He is reportedly expected to recover.