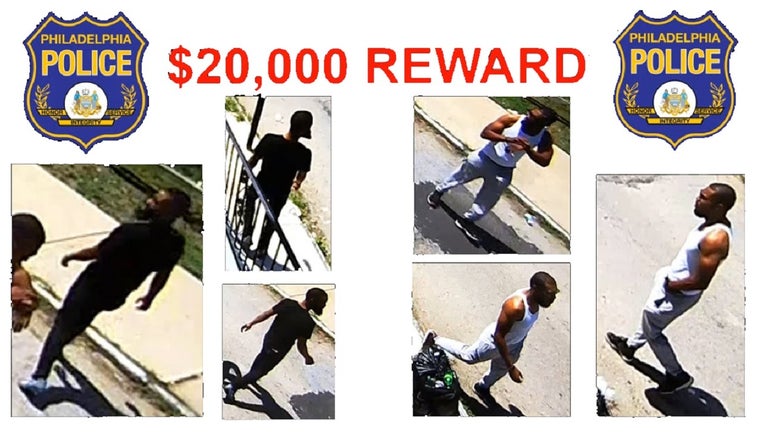 NORTH PHILADELPHIA - Philadelphia police have released photos of two suspects wanted in connection with a deadly shooting that left one man dead and a female bystander injured in North Philadelphia.

Police say the two suspects shown in the photos walked out of an alleyway and fired handguns at a man in his 50s, striking him more than 20 times. He later succumbed to his injuries at the hospital.

A 65-year-old woman was also shot in the leg when she was caught in the crossfire.

The suspects have been described by police as two Black males in their twenties.

The City of Philadelphia is offering a reward of $20,000 for information leading to an arrest and conviction in this case.