COBB COUNTY, Ga. - Dozens of Cobb County police officers paid a surprise visit to a 9-year-old boy. They rolled into his driveway with blue lights flashing. There were K-9 officers and the SWAT team. 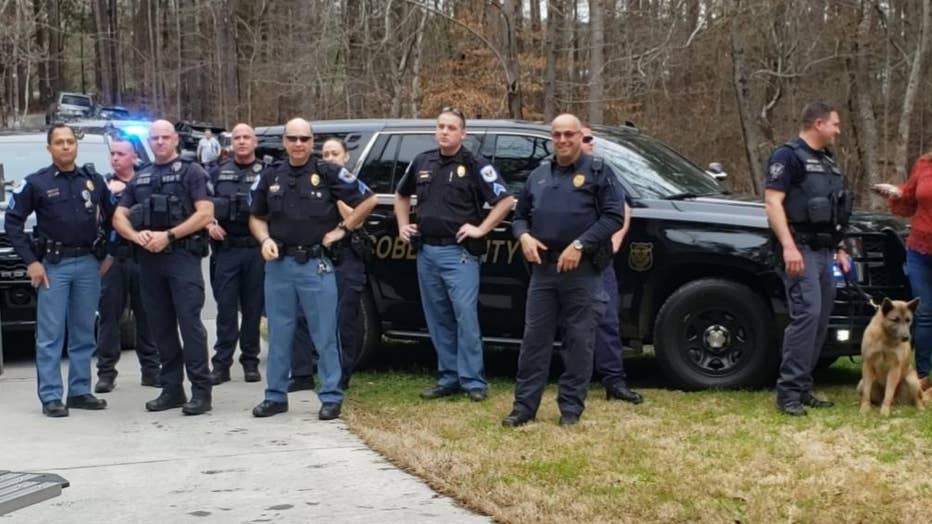 Rebecca Strain says her son, Samuel, wants to be a first responder.

"Anything with rescue, saving people, if it is dangerous, Samuel likes it," said Strain. 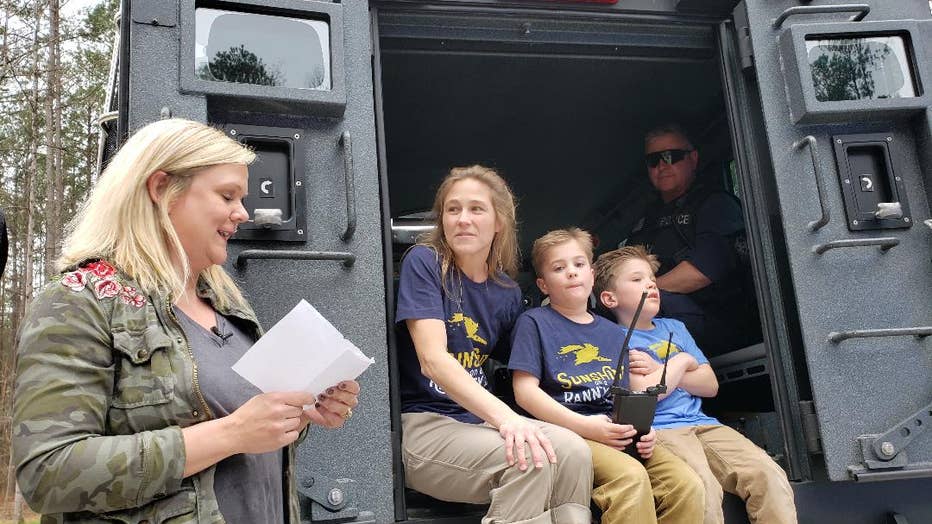 Samuel has big dreams.  He also has some challenges.

Samuel has cerebral palsy and epilepsy. Samuel wants to be able to walk on his own, and one day run.  He's now a bit closer to that goal thanks to the non-profit organization, Sunshine on a Ranney Day that renovates homes and rooms for children with special needs. The organization turned an unfinished basement room into a therapy room.

There's a rock wall, monkey bars, a rope climb, a balance beam, and a treadmill that fits Samuel perfectly.

"So incredible to see Samuel go in. He was touching everything and checking it out, and using it! He got on the treadmill and was already trying to walk on it. He was climbing up the rope, all of that is exactly what we want," said Holly Ranney, the founder of Sunshine on a Ranney Day. 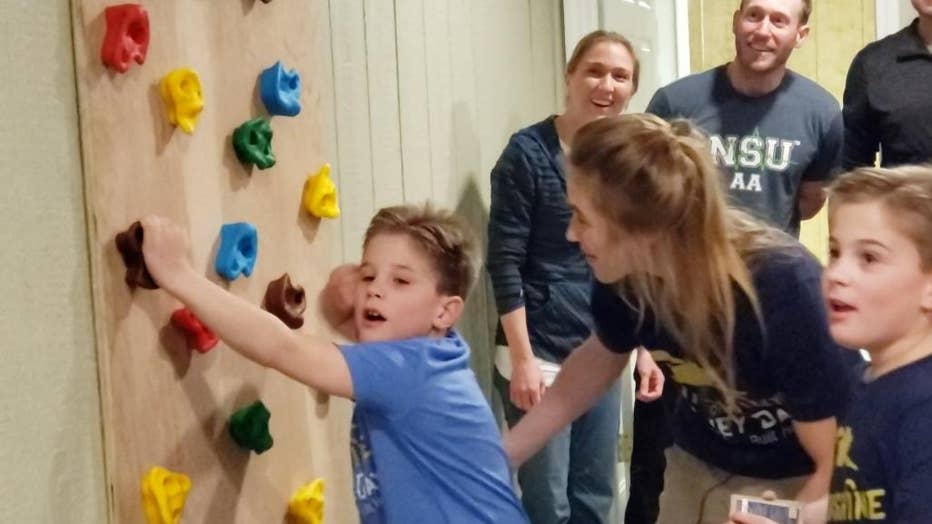 Samuel's twin brother, Wesley, is always by his brother's side, giving him a little help when he needs it.

"Samuel would not be where he is today without Wesely, because Weslely goes to therapy with him and every week and does the therapy right next to him or Samuel wouldn't do it," said Strain.

Now the two brothers can play and work out together in the room, helping Samuel get closer to his dream of running and becoming a first responder.