Police say one of the suspects fired a weapon and struck the employee&nbsp;the leg. Both suspects then began to rummage through the store while demanding cell phones and AirPods.

PHILADELPHIA - Philadelphia police say they are searching for two suspects in connection with a shooting and robbery at a Boost Mobile in Roxborough.

According to police, one of the suspects fired a weapon and struck the employee the leg. Both suspects then began to rummage through the store while demanding cell phones and AirPods.

Police say while the suspects were searching, they periodically turned towards the victim and struck him with firearms.

The suspects were able to take 10 iPhone 8 cell phones, the victim’s iPhone 12 and $500 from the cash register before fleeing out the rear door, according to investigators. 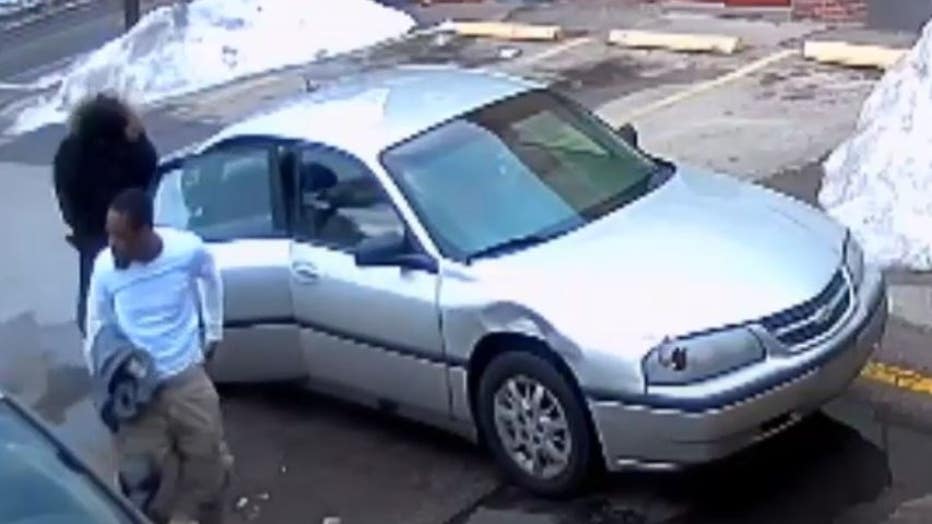 Police are searching for two suspects in connection with the shooting and robbery at the Boost Mobile store.

The suspects left in an older model silver Chevy Impala with one black rim on the front driver’s side. The car had front end damage on the passenger side.

The first suspect is described as a Black male, thin build, who was wearing a mask, dark colored coat with fur on the collar and black Nike sweatpants.

The second suspect is a Black male, thin build with a goatee. He was wearing a black jacket with gray hooded sweatshirt underneath, tan cargo pants and black Nike Air Force 1 sneakers and a "Jordan" brand backpack armed.