Police are looking for three men they say shot three other men during an incident in Tioga-Nicetown last week.

PHILADELPHIA - Philadelphia police have released new video of three suspects wanted in connection with a shooting that left three other men injured last week in Nicetown-Tioga.

Officers responded to the scene for a report of a shooting and found three men lying in the street suffering from gunshot wounds. The victims, aged 19, 21, and 27, suffered non-life-threatening injuries. 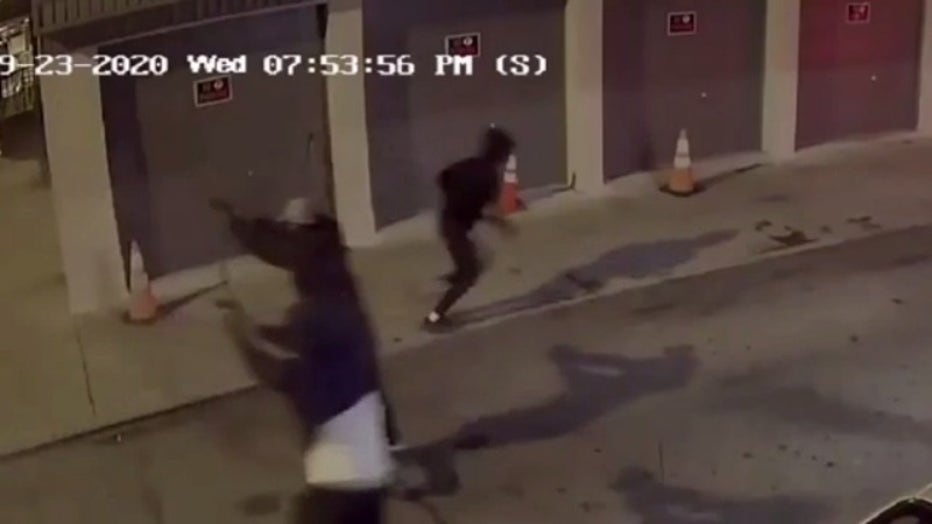 Police are searching for three suspects they say fired at least 30 shots at three other men, injuring them. The incident occured last week in Nicetown-Tioga.

New surveillance video of the incident shows three suspects armed with 9mm handguns firing at least 30 shots at the victims before fleeing northbound on 15th Street.

Police say the suspects had parked a light blue Ford Escape on the 1500 block of Ruffner Street where a driver waited in the vehicle.

The suspects have been described by police as three Black males in their late teens to early twenties.