CHERRY HILL, N.J. - Investigators in Cherry Hill have released a composite sketch of a man they say assaulted a woman and tried to kidnap another woman outside a Cherry Hill apartment complex in November.

Police are searching for a Black man approximately 5-foot-10 with a thin build and wavy black and gray hair. He is believed to be between 35 and 45 years old. 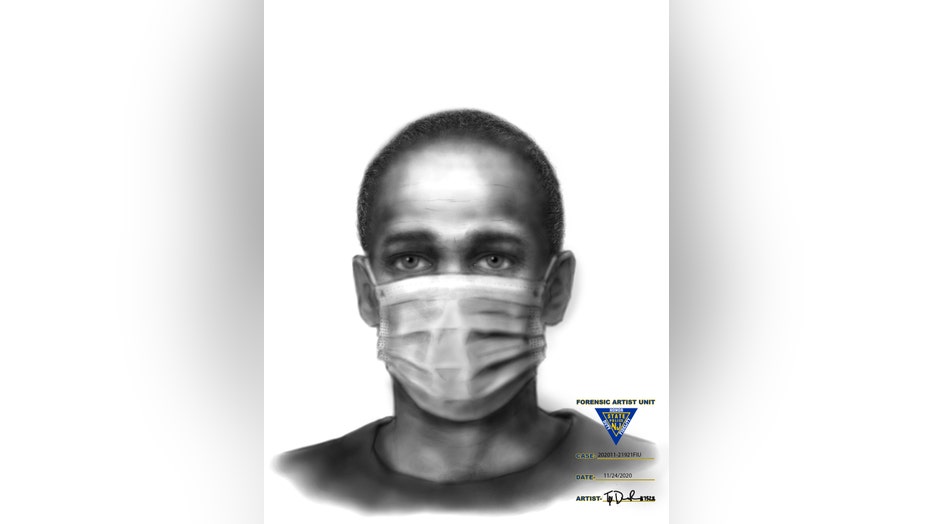 Cherry Hill police are searching for a man accused of assault and attempted abduction.

Police say in both incidents, the man approached a female victim by starting a friendly conversation before turning violent.

The first assault happened Nov. 14 on Pacer Court around 7:30 p.m. The suspect began talking to a woman and suddenly kicked her to the ground, according to police. The victim's screams reportedly caused the man to flee in a dark-colored sedan with a loud muffler.

Less than a week later, police say the man attempted to kidnap a woman at gunpoint after getting on an elevator in the lobby of the 300 building at Plaza Grande.

Police said once inside the elevator the suspect took the woman's bags and forced her through the lobby and into the parking garage. The suspect opened his trunk and threatened to shoot the woman if she did not get inside. When the victim refused, police say the suspect struck her with his gun. The woman was able to break free from his grasp and run to safety. The suspect was last seen driving a dark-colored sedan on Garden Park Drive.

Anyone with information on the suspect's whereabouts or the incidents should contact the Cherry Hill Police Department at 856-488-7828.