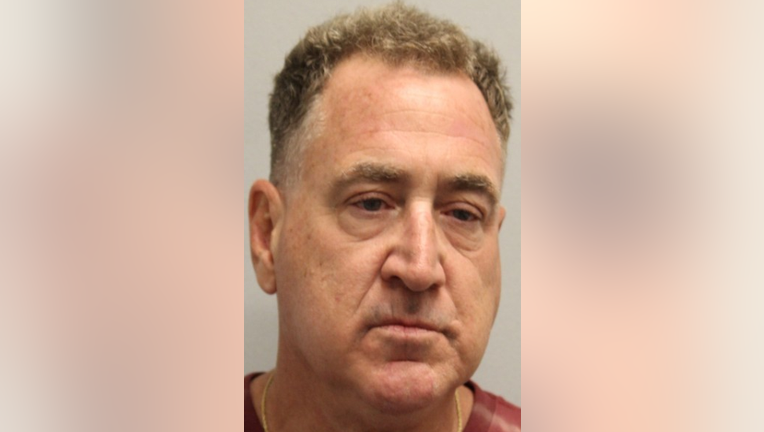 John Gillen is facing his third DUI charge along with other felonies after police say he was impaired when he followed another driver into a parking lot and threw a lock at the vehicle.

LEWES, Del. - An accused repeat drunk driver was arrested in Sussex County on Friday after police say he followed another driver into a vacant parking lot and threw a lock at his car.

Delaware State Police say troopers were called to the parking lot of the Home Depot on Coastal Highway around 2:30 a.m. for reports of an aggressive driver.

A 31-year-old man told officers that another driver, later identified as 56-year-old John Gillen, followed him into the parking lot and threw a lock at his car while screaming.

Troopers noticed the smell of alcohol while speaking to Gillen and launched a DUI investigation, according to state police.

During a search of Gillen's car, troopers allegedly found an 11-inch shank and a 14-inch hatchet. On top of prior two prior DUI convictions, police say Gillen was not allowed to possesses a deadly weapon.

Gillen was charged with DUI, weapons offenses and a traffic violation. He was taken to Sussex County Correctional Facility on $65,150.00 cash bond.