A British firefighter, 41, developed a life-threatening infection and underwent open-heart surgery after using items to dislodge a piece of popcorn stuck in his teeth.

CORNWALL, England - A 41-year-old British man who attempted to dislodge a piece of popcorn stuck in his teeth using various objects claims he later developed a life-threatening infection that required him to undergo open-heart surgery.

Adam Martin, a firefighter and father of three from Cornwall, England, said he noticed the piece of popcorn stuck in a back tooth after he and his wife watched a movie in September. For three days, he was unable to remove the popcorn. He claims to have used multiple objects — a pen lid, a toothpick, a piece of wire and even a metal nail — to remove the food, but was unsuccessful, and even damaged his surrounding gum when doing so. 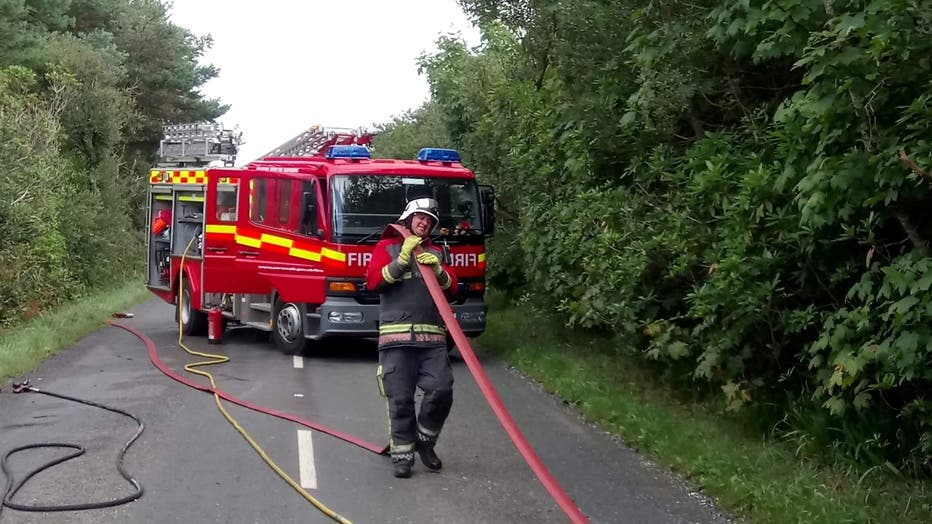 Adam Martin doing his job as a firefighter. (SWNS)

A week later, Martin began to suffer from night sweats, fatigue, headaches— all of which he initially thought were signs of the flu but would later learn were signs of endocarditis, or an infection of the endocardium, “the lining of the interior surfaces of the chambers of the heart,” according to Healthline. The infection occurs when bacteria from the mouth, skin, intestines and other areas of the body enters the bloodstream.

By October, Martin’s symptoms had yet to subside, leading him to see his doctor, who diagnosed him with a mild heart murmur and sent him home. But when he continued to feel unwell, he went to the Royal Cornwall Hospital.

“I had a feeling [that] there was something seriously wrong. I was sleeping an awful lot and I felt terrible,” he recalled. “I had aches and pains in my legs and I just did not feel right at all. I was admitted to hospital the same day for tests. By this point, I was very worried.”

Martin added: “I felt quite ill and I knew I was not right at all.” 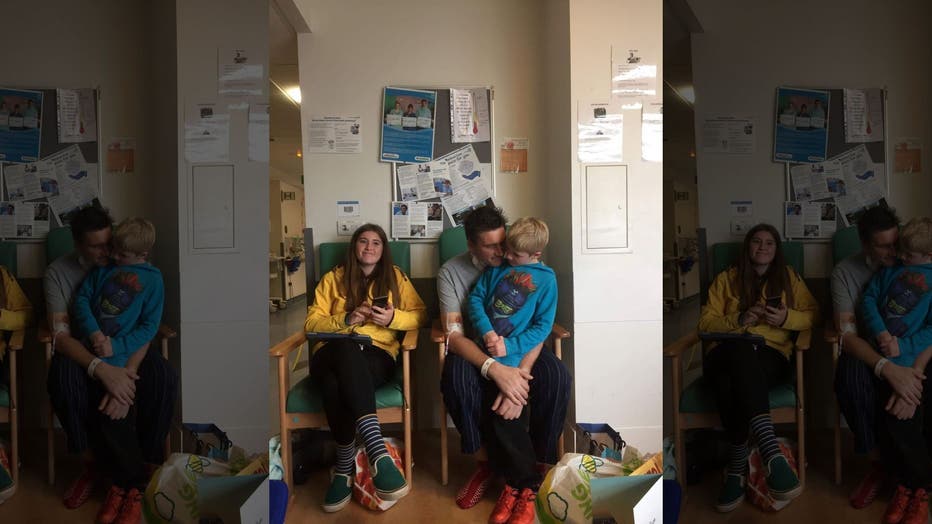 Adam Martin with two of his three children while in the hospital. (SWNS)

Scans of the dad's chest showed his heart was damaged due to the infection. He was then transferred to a different hospital, where he reportedly underwent a seven-hour open-heart surgery to repair his mitral valve and replace his aortic valve.

“My heart was not properly working anymore. It was essentially wrecked. The infection had eaten the valves away,” he claimed.

“If I had gone to the dentist in the first place then none of this would have happened. At one point it was touch and go. It was the worst experience of my life,” he continued.

“I wasn’t far off death’s door and I am extremely lucky. The popcorn stuck in my teeth is the only possible cause I can think of. I am never eating popcorn again that’s for sure. It’s crazy to think all this happened because of that. It was something so trivial." 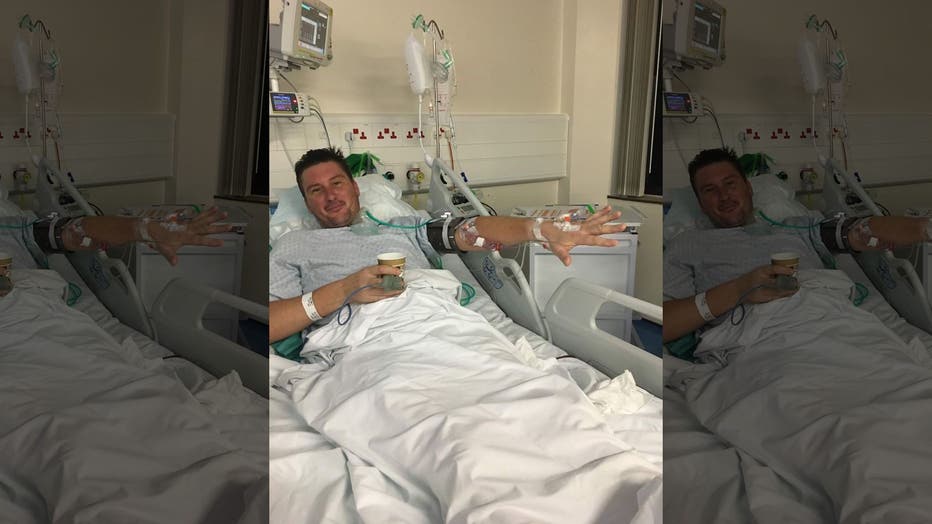 Firefighter Adam Martin, 41, ended up needing open-heart surgery after he got a potentially fatal blood infection-- from a piece of popcorn stuck in his teeth. (SWNS)

Martin’s wife, 38-year-old Helen, told the news agency that her husband's infection could have easily been treated with antibiotics if it had been caught sooner.

“Any sign of a toothache, bleeding gums, an abscess — get it checked out,” she advised. “Your gums are a bacterial highway to your heart.”