UPPER DUBLIN, Pa. - For the last 11 years, Jack Yoast has decked the halls of his Butler Pike home in Upper Dublin. The specular display draws in thousands of neighbors with over 300,000 lights. However, it doesn’t come cheap and with some knee issues, Yoast says he is holding off on hosting this year.

The idea came to him from his daughter when he saw her face light up at a neighbor's holiday display.

"She just lit up like a Christmas tree. Not to be corny," he said. 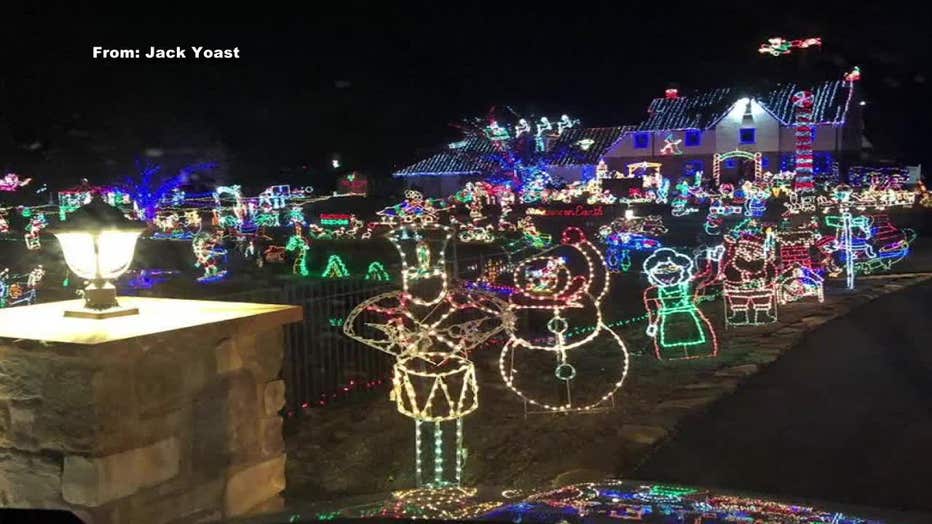 "It just wasn’t fitting in our schedule, so we have to think about our company and Jack’s health, too. He’s got some knee problems," Jason Rejniak said.

The decision to cancel came as a disappointment for Yoast's right-hand man Rejniak.

“Right now, I’d be putting stuff in the ground and now I just don’t know what to do with myself," he explained.

Upper Dublin neighbors showed their support on the Light for a Life Facebook page. They thanked Yoast for charity donations from the display and giving them so many holiday memories.

"That's what makes it all worthwhile, the joy that it brings," Yoast said.

Yoast promises to come back with a bang for one final time next year ending with a grand total of twelve years of Christmas.