FOX 29's Kelly Rule has more from after a cluster of powerful storms caused minor damage in Philadelphia.

PHILADELPHIA - A brief but powerful cluster of storms rumbled through the Philadelphia area Saturday night, bringing heavy rain and strong wind gusts. The fury of the storm uprooted several trees around the city which created dangerous driving conditions Saturday night into Sunday morning.

A car crashed into a downed tree in on North 33rd Street in Strawberry Mansion shortly before 3:30 a.m. The accident was cleared, but cars were forced to navigate around the tree into the mid-morning hours. 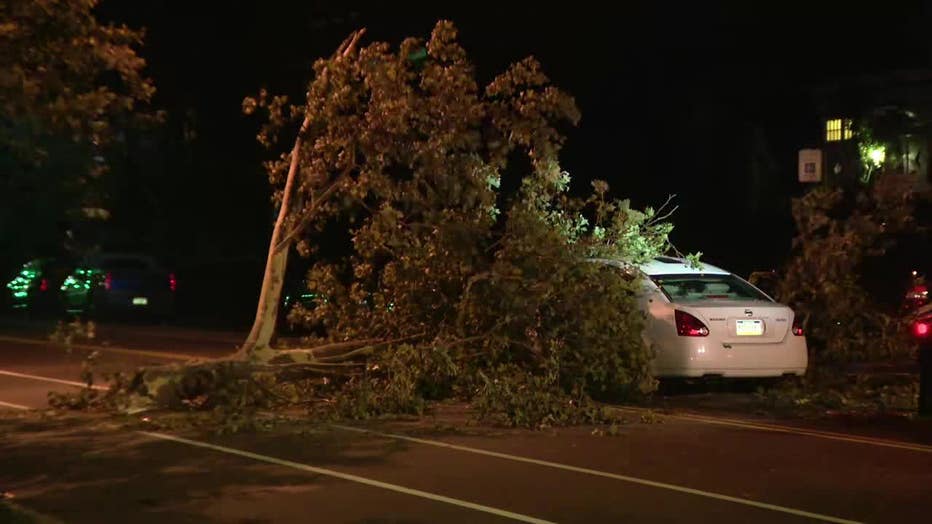 "All the sudden you just heard a 'boom, boom' and then it was over," George Cook said. "Next thing you know clouds are trying to clear. I look out the window and there's a tree down and cars were turning around."

Similarly in West Mount Airy a large branch was torn from a tree and blocked the southbound lane of Lincoln Drive. 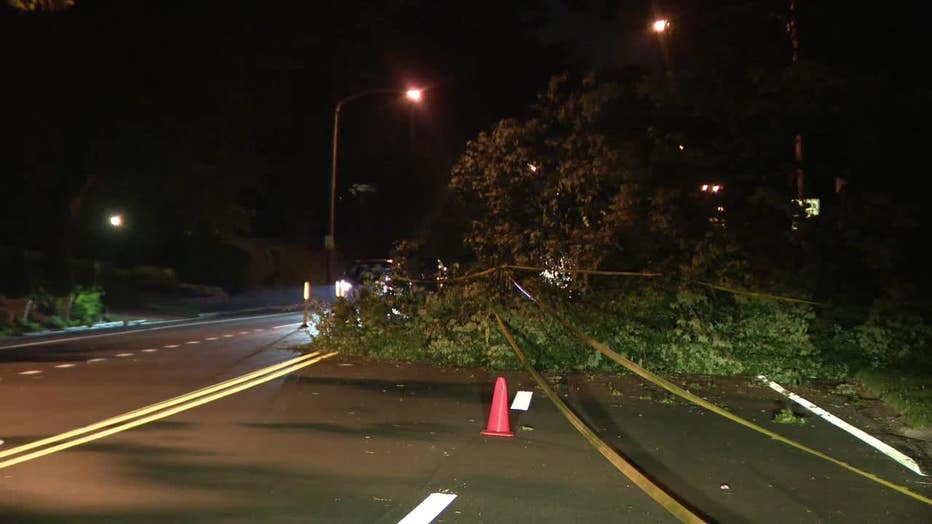 Another downed tree on Washington Lane and Wayne Avenue in Germantown knocked over a traffic light. 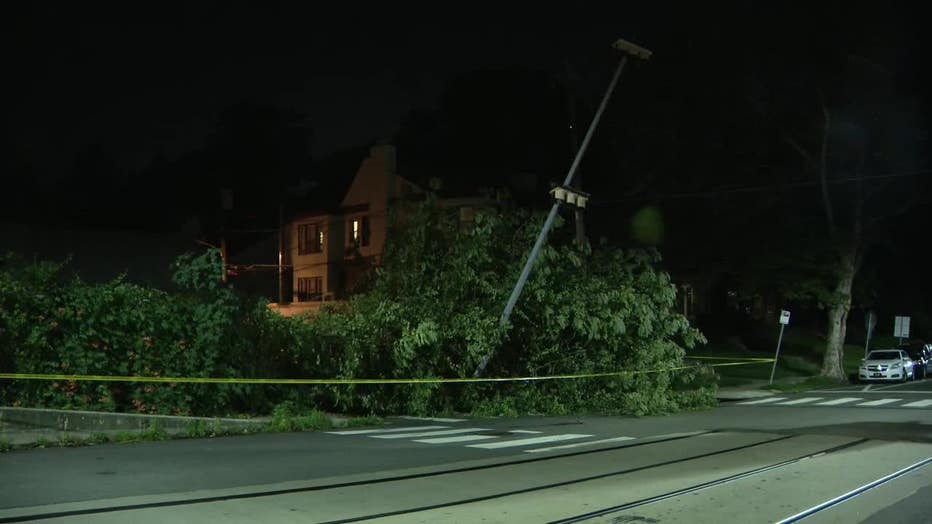 Aside from the downed trees, the storms caused brief power outages and minor flooding in some counties.