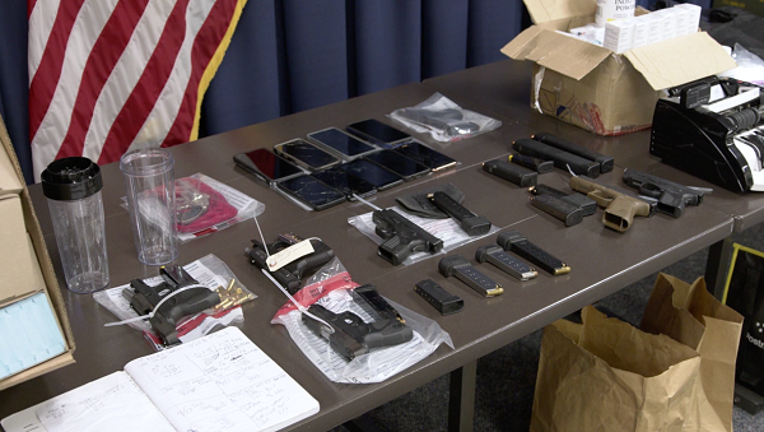 PHILADELPHIA - Authorities say an eight-month investigation of three drug trafficking organizations in Philadelphia’s Kensington neighborhood has netted 20 guns and $480,000 cash as well as tens of thousands of doses of fentanyl and cocaine and other drugs.

Attorney General Josh Shapiro said Monday agents executed search warrants last week in 30 locations believed to be connected to the organizations, whose activities he said have been linked to two Philadelphia-area shootings.

“Operations like this are where progressive reform and public safety meet,” said Attorney General Josh Shapiro. “For essential reform efforts to work, from violence prevention outreach and stronger social services, to mental health and treatment programs — they need to have space to take root, and thrive.”

Drugs sold by the groups have been located as far away as Delaware, New York, New Jersey and Virginia as well as Pennsylvania, he said. Shapiro also released the names of almost three dozen people he said were among those arrested.