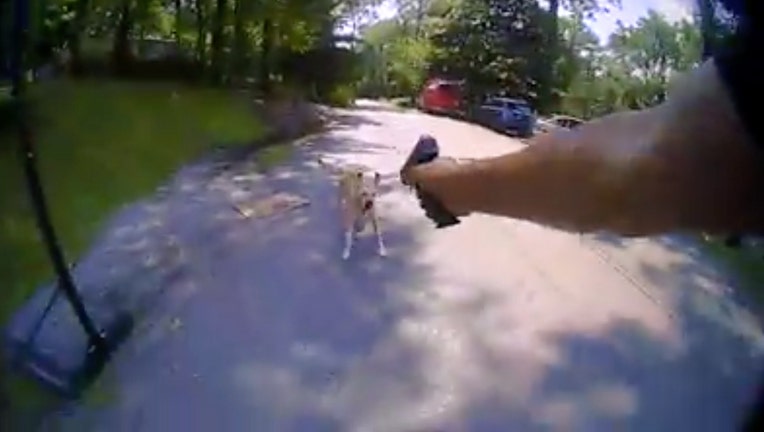 VERNON, N.J. - A protest is planned for Saturday against a New Jersey officer who shot and killed an “aggressive” Labrador dog who charged at him, according to police.

The protest — organized by the Animal Protection League of New Jersey — is set to begin at noon at Route 94 and Church Street.

The fatal shooting occurred on July 27 on Tall Oaks Drive in Vernon Township.

Police say Patrolman Emmanuel Rivera responded after someone complained about a dog growling and running at large in their neighborhood.

On Monday, Vernon police released partial body camera footage of the incident, explaining that the full footage is being withheld due to privacy concerns.

The partial footage shows Rivera walking toward the dog owner’s property when the dog runs from the yard and into the street. Rivera is heard yelling, "Back up," several times. The dog is then seen running toward Rivera. Rivera subsequently fires one shot, killing the dog. 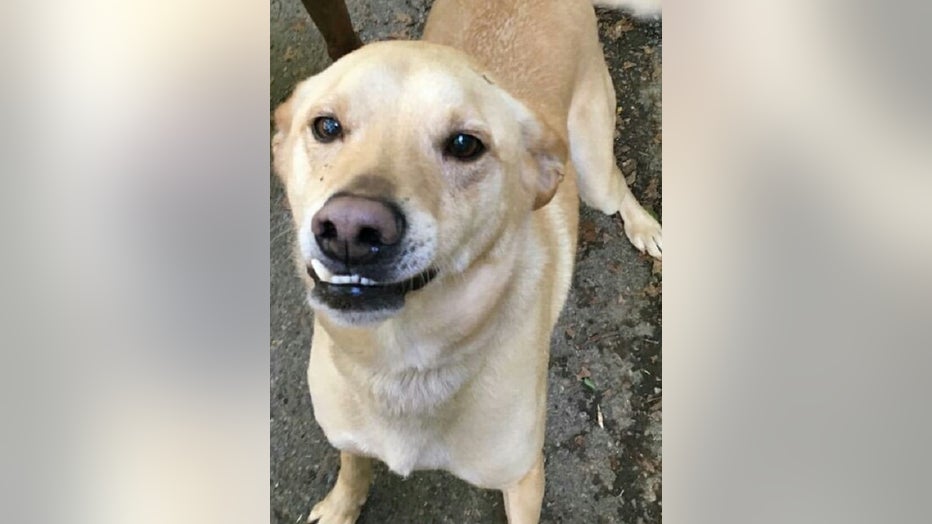 Police say an officer responding to reports of an "aggressive" dog shot and killed the animal after it charged at him. Now, his owners are threatening to sue. (Buddha Dog Rescue & Recovery)

The Animal Protection League called the incident "an avoidable tragedy” that could have been resolved with better police training and the use of pepper spray or a baton.

“He could have asserted himself and yelled ‘NO’ or ‘SIT DOWN’ in a firm voice, instead of ‘Get back,’ which most dogs would not understand,” the organization wrote.

“If officers are going to be dispatched to loose/aggressive dog calls, they need to be properly trained on how to handle and diffuse the situation and be equipped with the proper nonlethal tools to subdue a dog,” the rescue wrote. “May Hiro rest in peace.”

Buddha Dog Rescue & Recovery says that full footage of the incident has been requested.

“The death of a pet is always sad no matter what the circumstances,” Vernon Mayor Harry Shortway wrote on Facebook. “Our thoughts and prayers for comfort are with all parties involved.”

The dog's owners described their pet as friendly and question the circumstances of the shooting.