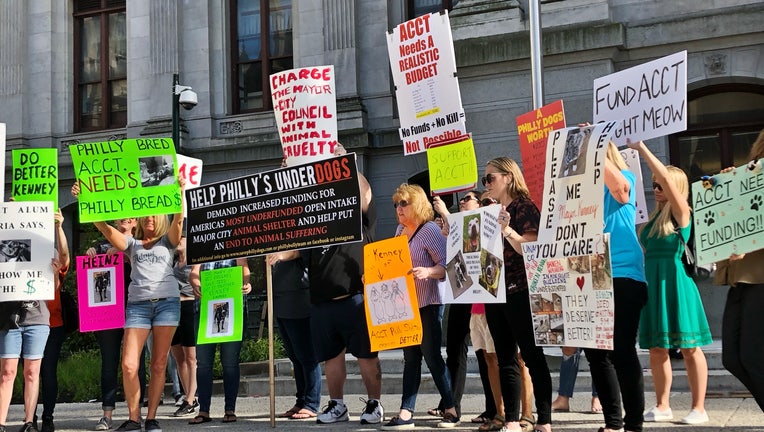 PHILADELPHIA - Volunteers and animal advocates gathered outside City Hall Wednesday to protest they say is a budget crisis for ACCT Philly, the city’s only open-intake shelter.

The protest followed a multi-week partial shutdown of major operations at the shelter sparked by an upper respiratory infection in a number of dogs at its kennels. 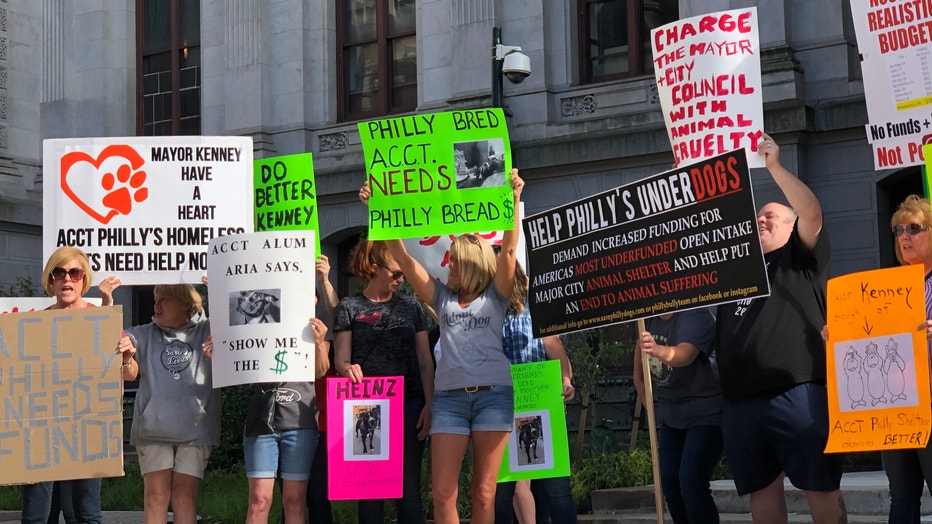 Supporters protested outside City Hall Wednesday in the wake of a multi-week shutdown of major operations at ACCT Philly.

"Compared to similar cities, ACCT’s budget, decided upon by the city, is dismal and falls behind other shelters,” rescue organization Philly Bully Team wrote in a Facebook event for the protest. 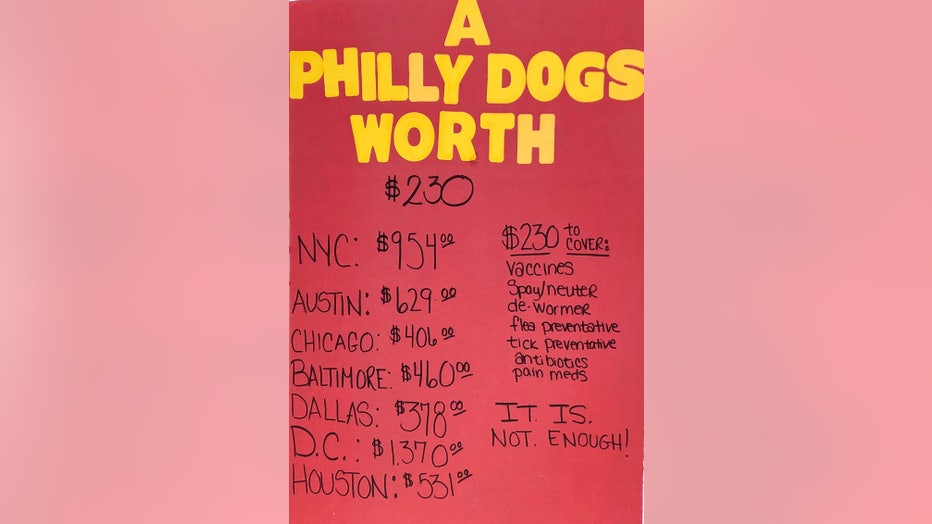 A protest sign breaks down the funding available per dog at ACCT Philly compared to that for shelters in other major cities.

"That kind of increase could save many more lives, create desirable jobs and help the community," Graaf added.

Volunteers often take to social media to fundraise for animals timestamped for euthanasia, as well as basic operational needs.

One volunteer, who set up a GoFundMe to fundraise for new washing machines and dryers at the facility, called the situation "shameful." 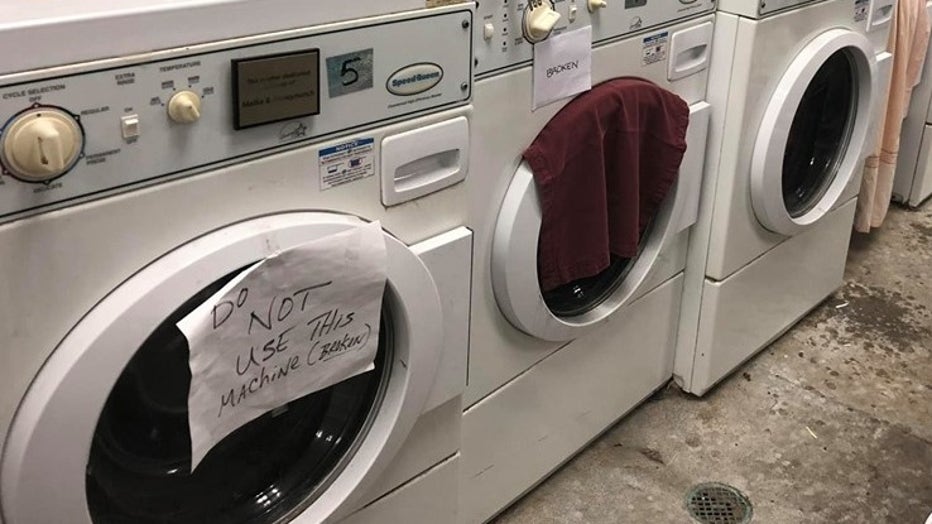 "The city is neglecting its responsibility to the only open intake shelter," Tom Loder wrote in his GoFundMe campaign. (GoFundMe)

"The city is neglecting its responsibility to the only open intake shelter," Tom Loder wrote in his GoFundMe campaign, adding that the dishwasher and laundry machines at the shelter have been broken for months.

Graff hopes that city officials see the extent to which volunteers and rescue partners are willing to go to bat for the city's homeless animals.

The protest also took aim at ACCT’s board, citing what advocates sees as a conflict of interest for members who run other local rescues. Supporters say they fear that such members are less motivated to fundraise for ACCT when they are busy fundraising for their own organizations. 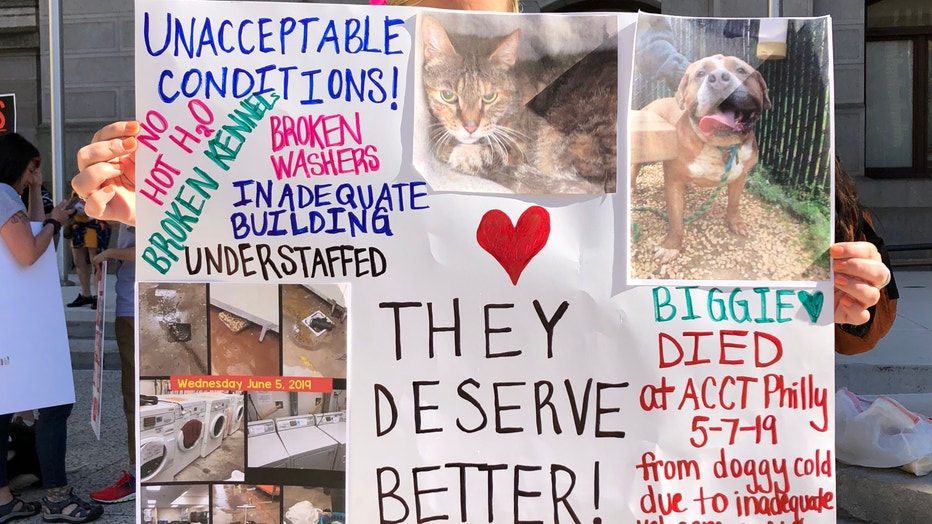 Supporters say the shelter is severely underfunded and conditions are deplorable, often leading to inadequate care.

As of Wednesday, five cats, 12 kittens and three dogs are timestamped for euthanasia. The shelter currently has more than 100 cats and 100 dogs available for adoption. All adoption fees are waived at the shelter through June 17.