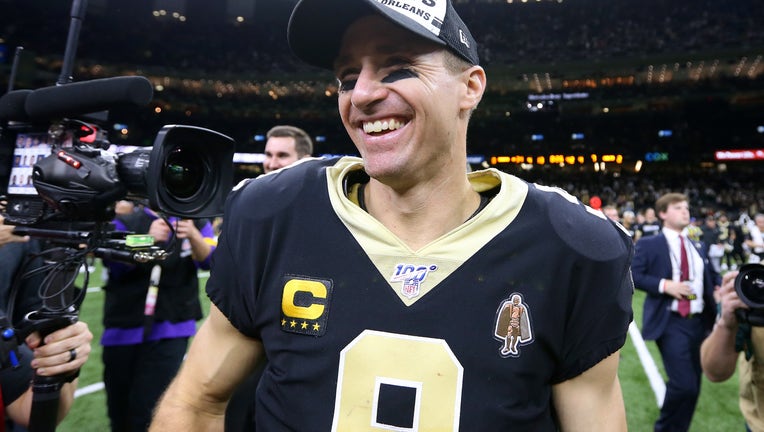 NEW ORLEANS - Saints quarterback Drew Brees, the NFL's leader in career completions and yards passing, has decided to retire after 20 NFL seasons, including his last 15 with New Orleans.

"Til the very end I exhausted myself to give everything to the Saints organization, my team and the great City of New Orleans," Brees said in social media post  on Sunday. "We shared some amazing moments together, many of which are emblazoned in our hearts and minds and will forever be a part of us.

The post also included a short video in which his four young children exclaimed, "Our dad is finally going to retire so he can spend more time with us!"

The decision comes after the 42-year-old quarterback won nine of 12 regular-season starts while completing 70.5% of his passes in 2020, and then won a wild-card round playoff game before New Orleans' season ended with a divisional-round loss to eventual Super Bowl champion Tampa Bay.