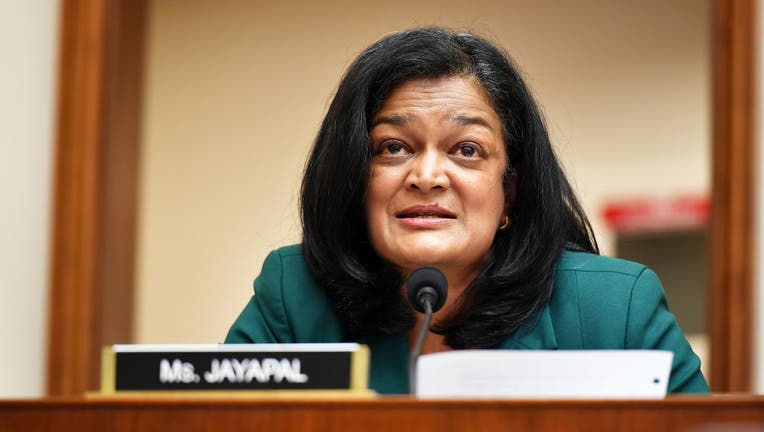 WASHINGTON - At least three House lawmakers have announced they tested positive for COVID-19 after sheltering in place with several others during the deadly Capitol siege by a mob of President Donald Trump’s supporters.

The cases prompted concern that last week’s insurrection has also turned into a super-spreader event threatening the health of lawmakers and their staffs.

Rep. Pramila Jayapal, a Washington state Democrat, said she received the positive test Monday night. Jayapal, 55, said in a statement that she started quarantining immediately after the attack, "fearing and foreseeing exactly what would occur given the number of maskless lawmakers sitting in the same room as her and her colleagues."

Jayapal said she will continue to work remotely and "do everything in my power to remove this President from office." She called for any lawmaker who refuses to wear a mask during the ongoing coronavirus pandemic to be immediately removed from the floor.

"Too many Republicans have refused to take this pandemic and virus seriously, and in doing so, they endanger everyone around them," Jayapal said in the statement. "Only hours after President Trump incited a deadly assault on our Capitol, our country, and our democracy, many Republicans still refused to take the bare minimum COVID-19 precaution and simply wear a damn mask in a crowded room during a pandemic — creating a superspreader event on top of a domestic terrorist attack."

"I received a positive test result for COVID-19, and am home resting at this time. While I am experiencing mild, cold-like symptoms, I remain in good spirits and will continue to work on behalf of my constituents," Watson Coleman, 75, said in a statement.

Both Schneider and Watson Coleman echoed concerns about potentially having contracted COVID-19 during the lockdown due to many members of Congress not wearing a mask, despite recommendations from the U.S. Centers for Disease Control and Prevention.

While it's not certain where and when lawmakers caught the illness, the Capitol’s attending physician notified all lawmakers Sunday of virus exposure and urged them to be tested. Dr. Brian Moynihan said that members who were in protective isolation last Wednesday "may have been exposed to another occupant with coronavirus infection."

The infected individual was not named.

Dozens of lawmakers were whisked to the secure location after pro-Trump insurrectionists stormed the Capitol that day, breaking through barricades to roam the halls and offices and ransacking the building. Some members of Congress huddled for hours in the large room, while others were there for a shorter period.

Some lawmakers and staff were furious after video showed a group of some Republican lawmakers in the lockdown room in close conversation while refusing to accept masks offered to them.

The COVID-19 death toll in the U.S. has climbed to nearly 375,000 people, data from Johns Hopkins University shows. More 22.4 million infections have been confirmed nationwide.

The number of COVID-19 cases was expected to soar this month after end-of-year holiday gatherings and a growing number of people contracting a new, more contagious variant.

Public health officials also feared Wednesday’s storming of the Capitol would only worsen the crisis. CDC Director Robert Redfield said in an interview with McClatchy newspapers that it was likely a "surge event" in the coronavirus pandemic that would have public health consequences nationwide.

"I do think you have to anticipate that this is another surge event. You had largely unmasked individuals in a non-distanced fashion, who were all through the Capitol," Redfield said.

"Then these individuals all are going in cars and trains and planes going home all across the country right now. So I do think this is an event that will probably lead to a significant spreading event," Redfield added. "This is an event that is going to have public health consequences."