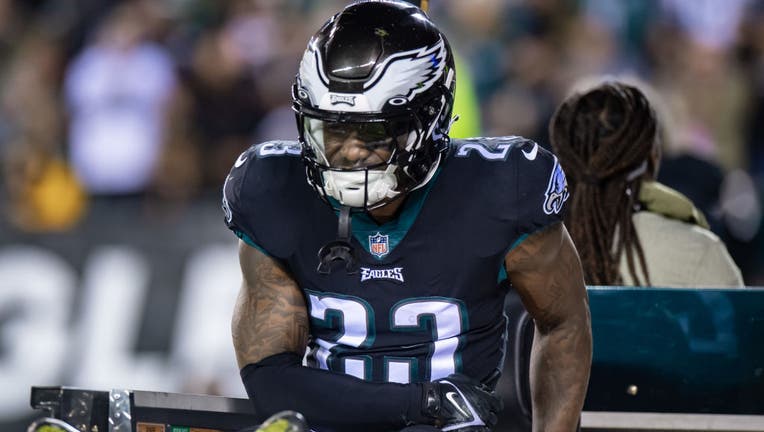 PHILADELPHIA, PA - NOVEMBER 27: Philadelphia Eagles safety C.J. Gardner-Johnson (23) is carted off the field after an injury during the first half of the National Football League game between the Green Bay Packers and Philadelphia Eagles on November

PHILADELPHIA - The Eagles are flying sky-high after becoming the first NFL team of the season to reach ten wins, but yet another player was added to the team's injury list.

According to NFL Network, safety C.J. Gardner-Johnson is out indefinitely after he suffered a lacerated kidney in Sunday night's game against the Green Bay Packers.

Treatment for the injury is reportedly nonsurgical, but it is unclear when Gardner-Johnson will be cleared to return to the field.

Gardner-Johnson isn't letting the injury deter him from getting back into the game.

The Eagles are preparing to play the 7-4 Tennessee Titans at Lincoln Financial Field on Sunday.