TMZ reports Cuban met with West at a Dallas gas station and took him to a hotel after he was seen on the street earlier in the week.

DALLAS - Dallas Mavericks owner and 'Shark Tank' star Mark Cuban has extended a helping hand to Delonte West, one of his former players who is now homeless, according to reports.

TMZ reported Monday that Cuban reached out to West after he was spotted holding a sign on the street in Dallas, and West later agreed to meet with Cuban. West played for Cuban's Mavericks from 2011-2012.

The former St. Joseph's University standout was taken to a hotel, where his family hoped to come up with a plan to get West the proper help, according to TMZ 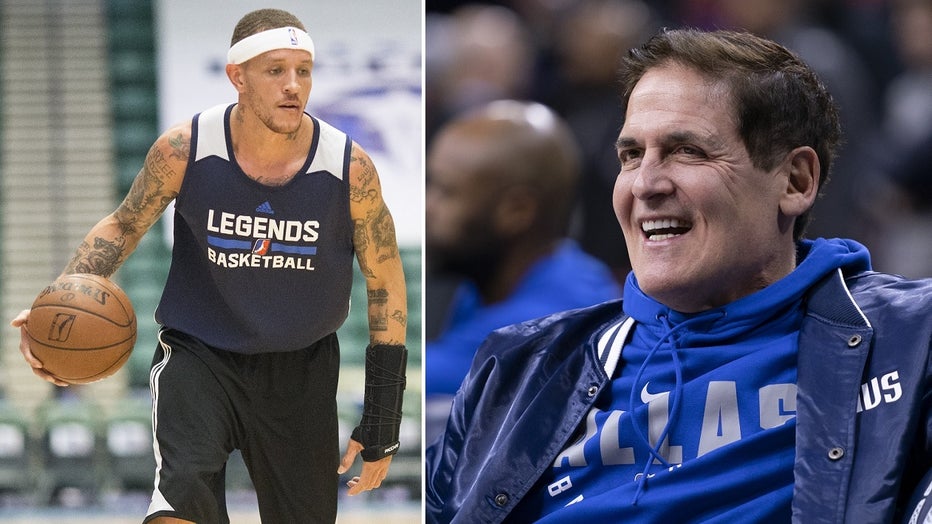 TMZ reports Mark Cuban reached out to former NBA guard Delonte West after he was spotted on the streets in Dallas. L: (Photo by Michael Mulvey for The Washington Post via Getty Images) R: (Photo by Mitchell Leff/Getty Images)

TMZ sources say Cuban has gone as far as offering to pay for treatment.

Tuesday morning, The Athletic's Shams Charania reported that Cuban was able to help reunite West with his mother.

West has since checked into a rehab facility in Florida.

West was last in the public eye earlier this year after video surfaced of him handcuffed and shirtless after an incident in Maryland.

TMZ has previously reported the NBA, NBA Players Association, as well as former teammates and coaches have tried to help West in the past.