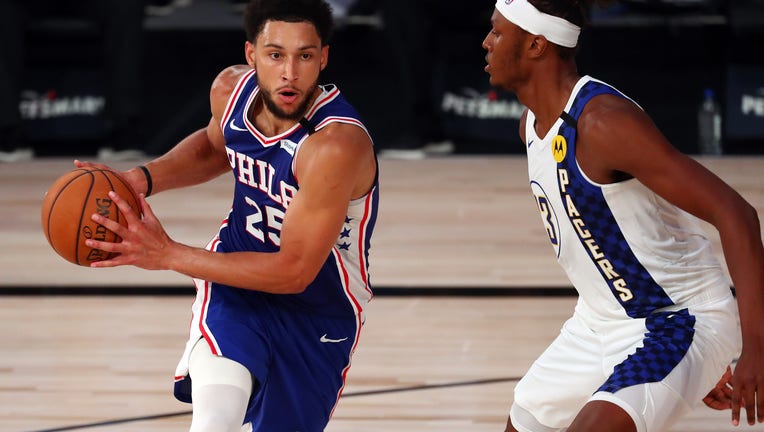 LAKE BUENA VISTA, Fla. - ESPN's Adrian Wojnarowski reports that Philadelphia 76ers forward Ben Simmons will undergo surgery to remove a loose body in his left knee, and the team should "prepare for a postseason without Simmons."

The 24-year-old will reportedly leave the NBA bubble in Lake Buena Vista, Florida to have the procedure done. A timetable for Simmons' return is uncertain.

The Sixers All-Star forward sustained the injury during Wednesday's 107-98 win against the Washington Wizards. Simmons grabbed an offensive board and landed awkwardly on his left knee during the third quarter. He left the game immediately after the play, and was seen leaving the arena during the fourth quarter in street clothes.

On Thursday, reports claimed that Simmons was diagnosed with subluxation of the left patella and an MRI for ligament damage came back negative. Simmons was believed to be evaluating treatment options in hopes of returning to the court.

On Saturday, sources told Wojnarowski that the Sixers have not ruled Simmons out for the remainder of the season, but it would take "a deep run into the playoffs to keep the door open on the possibility of a return." He goes on to say that the Sixers need to "prepare for a postseason without Ben Simmons."

Since are currently riding a three-game winning streak after pulling out a close 108-101 victory over the Orlando Magic on Friday night. Since play resumed in the NBA's bubble environment, the Sixers are 4-2.