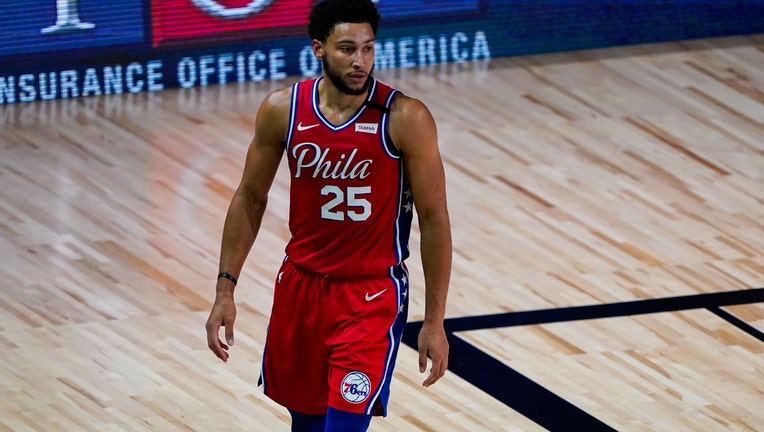 LAKE BUENA VISTA, FLORIDA - AUGUST 05: Ben Simmons #25 of the Philadelphia 76ers walks up the court during the first half of an NBA basketball game against the Washington Wizards at The Arena at ESPN Wide World Of Sports Complex on August 5, 2020 in

ORLANDO, Fla. - Philadelphia 76ers forward Ben Simmons has been ruled out for Friday's game against the Orlando Magic after he was diagnosed with subluxation of the left patella, according to ESPN's Adrian Wojnarowski.

Simmons, who sustained the injury after grabbing an offensive rebound and landing awkwardly, will reportedly seek treatment options.

The Athletic's Shams Charania reports an MRI showed no ligament damage. No timetable for Simmons' return has been announced.

Philadelphia is trying to make the most of a favorable schedule. Wednesday's win over the Wizards was the second game in a five-game stretch in which the 76ers play opponents currently seeded seventh or lower in their respective conference.