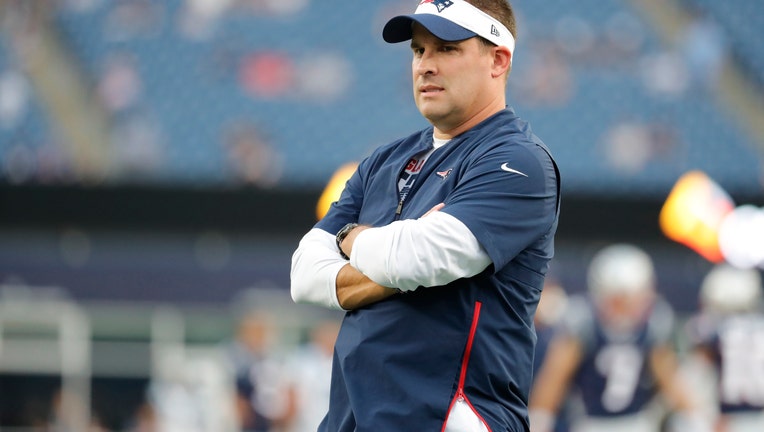 PHILADELPHIA - New England Patriots offensive coordinator Josh McDaniels will reportedly interview for the Philadelphia Eagles, according to The Athletic.

McDaniels, whose professional coaching career started with New England in 2001, served as the Denver Broncos head coach from 2009 to 2010. He was fired after an NFL investigation into a Broncos' staffer videotaping the 49ers walkthrough.

McDaniels lead the Rams offense in 2011, but returned to his post as offensive coordinator and quarterbacks coach in New England in 2012. Working alongside Tom Brady and Bill Belichick, McDaniels won six Super Bowls with the Patriots.

Philadelphia's front office is taking a hard look at the Patriots coaching staff during the early stages of their search for a new head coach. Last week it was reported that the Eagles planned to interview Patriots linebackers coach and New England lifer Jerod Mayo.

McDaniels comes with a far more extensive background than his fellow coach in New England, which could make him a more realistic candidate. Despite never playing past the high school level, the 44-year-old has over 20 years of coaching experience and has become a popular name in head coaching searches.

Jeffrey Lurie said Doug Pederson is like family to him and it was a tough decision but it goes with the territory. Lurie added his first allegiance is what is best for the Philadelphia Eagles and fans.

The Eagles have compiled an extensive list of candidates after Doug Pederson was let go a week ago. Two options that reportedly sparked some interest in Philly, Robert Saleh and Arthur Smith, have found new homes in New York and Atlanta.

Likewise, former LSU offensive coordinator Joe Brady was hired Saturday to serve the same role in Carolina. Lincoln Riley, the head coach at the University of Oklahoma, reportedly remains of some interest to Philadelphia.

The Eagles have also been linked to a reunion with Todd Bowles, who served on the team's defensive coaching staff in 2012. Bowels, a New Jersey native and Temple University grad, lead the New York Jets for three seasons.

According to a Saturday report from The Athletic, the Eagles will consider current running backs coach and former player Duce Staley for the job. Staley has been on Philadelphia's staff since 2011.

Despite the Eagles 4-11-1 season under Pederson in 2020, whoever the Eagles hire will have big shoes to fill. In his five seasons, Pederson led the team to three consecutive playoff appearances, including the first Super Bowl title in franchise history.