An Allentown resident captured a teen riding his dirt bike at high speeds on Sunday.&nbsp;

"He was doing wheelies, speeding up and down the street with no regard for the cop." George Magaro witnessed the show in the street from the front yard of his Allentown home. His neighbor captured the brazen teen illegally riding a dirt bike down East Tilghman  5 p.m. Sunday. 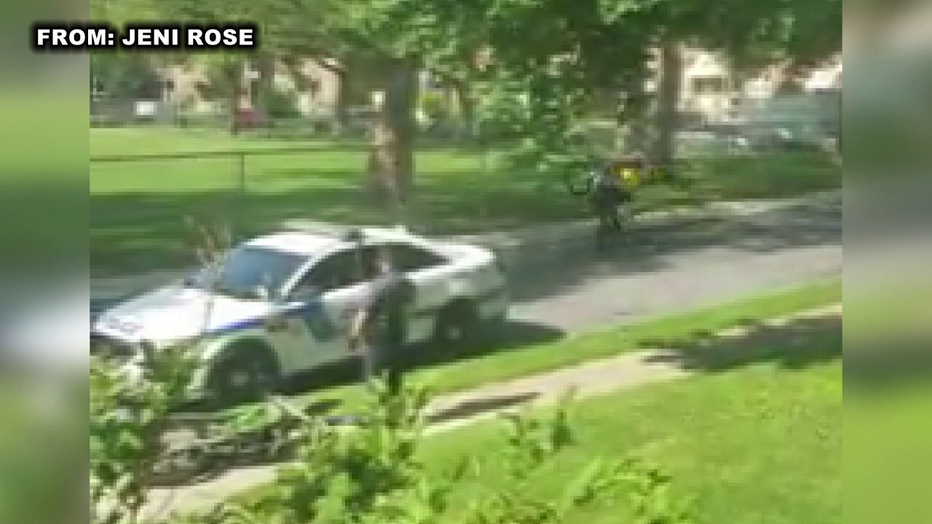 "He was flipping the bird to the cop, trying to get him to chase him, but the cop stood his ground," Magaro told FOX 29.

The teen was apparently trying to distract police with his stunts so his friend could grab his bike that was down. He wasn't watching where he was going and he crashed right into a chain link fence.

Magaro says one of the officers gave chase but the teen was just too fast and got away. He also says dirt bikes revving their engines and speeding down this street and others is a common occurrence.

Magaro worries that sooner or later someone is going to get hurt.

"They're gonna get clipped by a car and I keep telling the wife they're gonna blame the driver for that,' he said. "They have no regard for traffic, trying to push the issue. I don't know what kind of message they are trying to send."