Only dirt now marks the spot where in June&nbsp;more than 100&nbsp;people gathered to support 16-year-old Savannah Shepherd's vision.

WILMINGTON, Del. - A historical marker was dug up and stolen in Wilmington, Delaware. Only dirt now marks the spot where in June more than 100 people gathered to support 16-year-old Savannah Shepherd's vision to erect a blue-cast aluminum sign, marking one of Delaware's darkest days: the 1903 lynching of George White.

"There was a woman who was attacked and they just thought to blame it on George White. He was never given a fair trial or a trial at all and he was awaiting hearing at the workhouse, right there, and he was dragged by a mob and then burned alive," she told FOX 29.

Shepherd learned of the incident while visiting the National Memorial for Peace and Justice in Alabama and brought the idea of the historical marker back home. 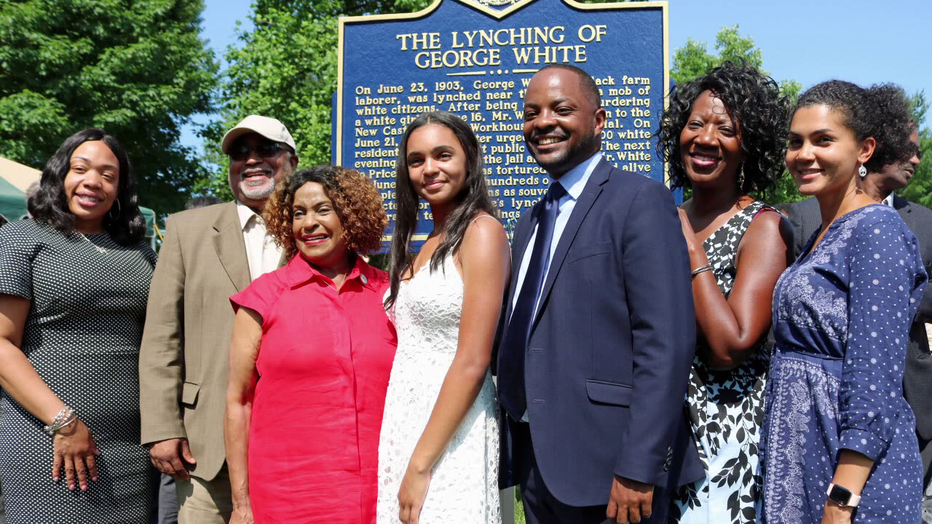 "When I went down to Alabama just like a flip switched in me and I haven't been able to turn it off, so I just continue to do the work in educating the community about our past," she said.

State Sen. Darius Brown helped secure the funding for it.

"It was removed from about three feet of the ground it was in. It was cemented into the ground, so the whole thing was yanked out," he said. "This was absolutely something done by someone that pre-meditated it that planned it and in my context I consider the events to be a hate crime."

"It's sad but it's not going to deter me from doing what I'm doing, and I'm going to keep pushing and keep fighting to spread the word," Shepherd said.

If you have any information regarding this investigation, please contact Det. Elwood at 302-395-2761 or Daniel.Elwood@newcastlede.gov.

A reward of up to $2,000 is available through Delaware's Crime Stoppers for information leading to the arrest and/or conviction of those responsible for the crime.