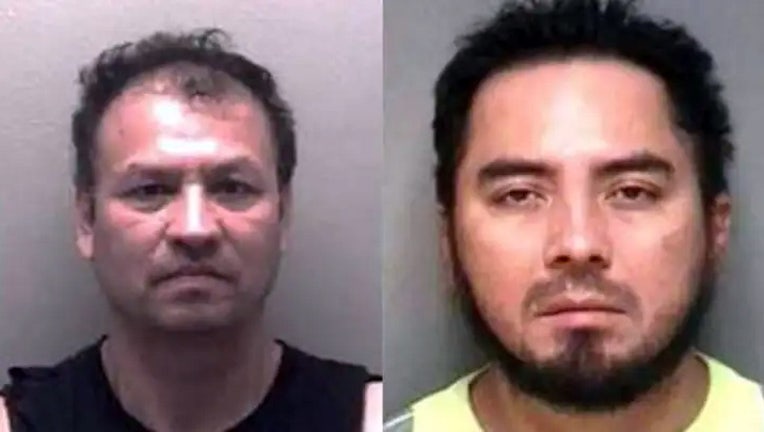 During the Wednesday news conference, police announced the arrest of 52-year-old Julio Alvarado-Dubon and 38-year-old Rolman A. Balacarcel. Authorities said both men are non-U.S. residents and each face the charge of "non U.S. citizen possession of a firearm." Additional charges are possible, Richmond Police Chief Gerald Smith said.

Authorities announced Wednesday that officers found and recovered two rifles, a handgun, a cache of magazines and 223 rounds of ammunition from Dubon's home.

Dubon is accused of planning a mass shooting at Dogwood Dell, an outdoor amphitheater in the city of Richmond, police shared.

Smith said that a citizen tip helped police make multiple arrests and seize guns on July 1. After receiving a tip about the shooting plot, police initiated an investigation along with the U.S. Department of Homeland Security and FBI.

"They were planning to shoot up our Fourth of July celebration," Smith said.

A "hero citizen" overheard a conversation indicating there was an attack being planned on the city's popular Independence Day celebration and called police to report it, Smith said.

The announcement came just two days after a gunman opened fire from a rooftop on a July 4 parade in the affluent Chicago suburb of Highland Park, killing seven people and injuring more than three dozen.

Robert E. Crimo III was charged with seven counts of murder Tuesday. The shooting sent hundreds of people fleeing in fear and set off an hourslong manhunt. Authorities have not yet identified a motive.