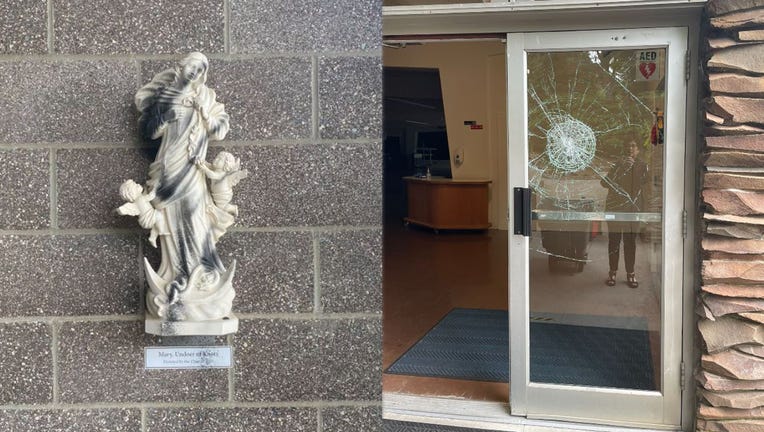 The U.S. Supreme Court's overturning of Roe v. Wade, the 1973 landmark ruling that legalized abortion nationwide, sent shock waves across the country. Abortion foes cheered the ruling, while abortion-rights supporters expressed dismay and pledged to fight to restore such rights.

The ruling, issued on June 24, stripped women’s constitutional protections for abortion and left it up to the states to decide whether abortion is now legal within their boundaries. It also set off a frenzy of activity in many U.S. courthouses.

Several Republican-controlled states had already passed strict abortion bans in recent years. Some of these "trigger laws" are now going into effect, while some are being blocked, at least temporarily. In some states, older laws that became null and void because of Roe are now resurfacing. The most liberal states are seeking to add more protections.

Ultimately, roughly half the states are expected to outlaw or severely limit abortion.

In religious spaces, both praise and lament filled churches following the U.S. Supreme Court’s ruling. Abortion is a visceral issue for deeply divided religious Americans. Some were grateful and elated, rewriting sermons to provide their religious context about the historic moment, while others were sad or angry.

Ultimately, some churches became the targets of that anger — with vandalism, graffiti, and even arson reported.

In Washington state, a Catholic Church was vandalized on June 24 just hours after the Supreme Court’s ruling was published.

Authorities in Renton, Washington, a suburb of Seattle, said the suspect spray-painted messages that included, "Abortions save lives" and "F!!! you" across the building. Nearly all the outside locks were jammed with a hardening substance, and four stained-glass windows were found shattered, according to police. The suspect also broke into the church, stealing money from four donation boxes.

Days later in the nearby city of Bellevue, police arrested a suspect on June 28 for allegedly spray-painting another Catholic church, smashing two doors, and assaulting an employee. The incident, which occurred in broad daylight at St. Louise Catholic Church, was being investigated as a hate crime.

The suspect was caught on camera throwing a rock repeatedly at a door inside a pastoral office, before kicking and punching the glass in. A woman was inside praying and tried to talk to the man, before locking herself inside as he continued to spray paint the rock wall outside the building.

The 31-year-old suspect reportedly spray-painted the outside walls with messages that read "woman-haters," "religion of hate," "lies" and "sheep."

It was not immediately clear if the two recent Washington state incidents were connected.

A sign at the All Saints Parish in the city’s Laurelhurst neighborhood was spray-painted with a red message that stated: "If abortions aren’t safe, neither are you," according to the local Christian newspaper Catholic Sentinel.

Protests that began on June 25 in Portland resulted in damage elsewhere across the city, including downtown, where several windows of a Starbucks Coffee building were smashed, while spray-painted messages were left on other buildings and vehicles, according to FOX News. 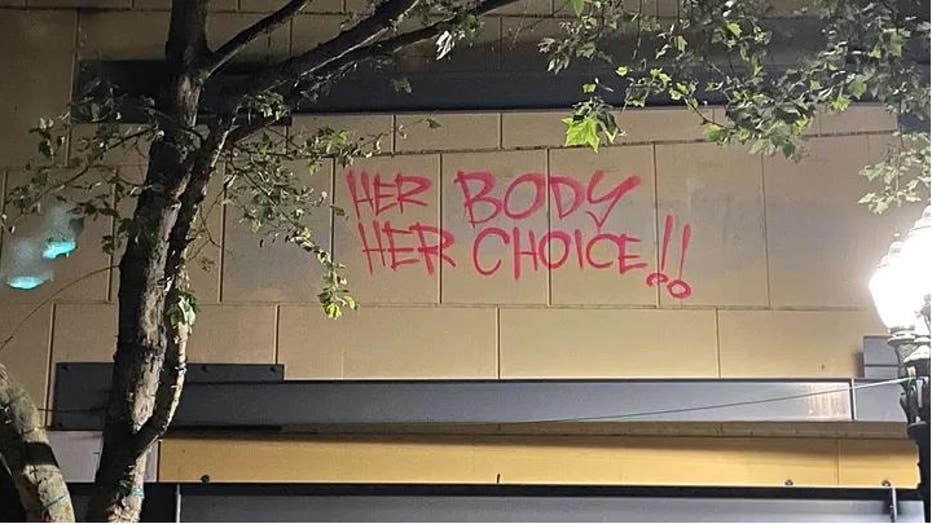 "Officers are working to contact affected business owners and assist with arrangements to secure the buildings. Efforts are already underway to get graffiti removed," police said in a statement. (Fox News/Bradford Betz)

A Catholic Church’s statue and memorial to unborn fetuses in Louisiana was found vandalized with red paint a day after the court’s ruling overturning Roe v. Wade, according to NOLA.com.

The vandalism happened at a park near the Holy Name of Mary Catholic Church in the New Orleans neighborhood of Algiers Point. Dog walkers at the park first discovered the paint on the memorial, which includes a statue of Mary and Jesus flanked by tombstones for the unborn.

Rev. Eugene Jacques told the local newspaper that someone poured a gallon of red paint across the shrine overnight on June 26. The individual(s) also planted a sign saying, "In Memory of Women Who Die From Lack of Legal Abortion."

Jacques added that he and a group of parishioners removed the paint with a pressure washer, soap, and water.

On New York City’s Upper West Side, residents early on June 27 found a spray-painted message on the doors of Ascension Roman Catholic Church, according to the New York Post.

"If abortion isn't safe, neither are you," a message read in black on the outer doors of the church. The message was signed on another door by "Jane's Revenge," a militant pro-choice group, along with some sort of anarchy symbol, the Post reported, citing local police.

The New York Police Department’s Hate Crimes Task Force was investigating, according to the newspaper.

Vandalism and arson were reported at a Catholic church in Fairfax County, Virginia, tied to the Supreme Court’s decision overturning Roe v. Wade.

Police were called early on June 26 to St. John Neumann Catholic Community Church in the city of Reston after a call about smoldering mulch, FOX 5 DC reported. Fire crews determined that some sort of accelerant was used in the fire, although no apparent fire damage occurred.

Other messages used profane language and there were also depictions of female genitalia. 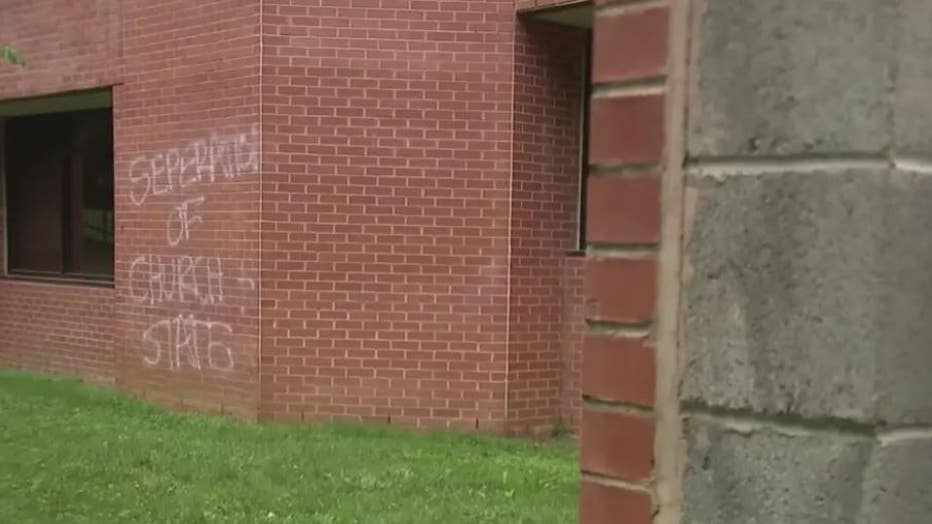 A Methodist church outside of Tallahassee, Florida, was vandalized with graffiti sometime over the weekend of June 26 to June 27, presumably related to the abortion ruling.

The words "My BODY" were written in red spray paint over the entrance sign of St. Phillips AME Church, located in a community located about 8 miles north of the state’s capital, the local newspaper Tallahassee Democrat reported.

"We are currently reviewing what we know about this horrific incident," wrote Rev. Lenny Marshall in a statement to the newspaper. "We condemn any type of vandalism to any kind of house of worship."

"We are of course very hurt by this insensible action and we remain in prayer for peace. We call on our community neighbors to join us in the restoration of the church sign. It is indeed a sad day when we see the state of society," the statement added.

In Texas, two statues were reportedly stolen from a Catholic church and a third was toppled over, according to local news reporting.

The incident was reported over the weekend at St. Anthony’s Catholic Church in the city of Harlingen, located in the southern part of Texas just 30 miles from the Gulf coast.

Elias Zamora, a longtime member of the church, told KVEO-TV that he believed the incident was related to the Supreme Court’s ruling. The pastor of the church filed a police report, the station reported.

This story was reported from Cincinnati. The Association Press contributed.