The Thai navy came to the rescue of four cats stranded on a sinking boat off the coast of Satun province on March 2.

Members from the Royal Thai Navy made some furry new friends after rescuing four cats from a sinking ship off the coast of the Satun province on March 2.

Photographs released by the Thai Navy show a sailor swimming with cats on his back as he brings the felines to safety. 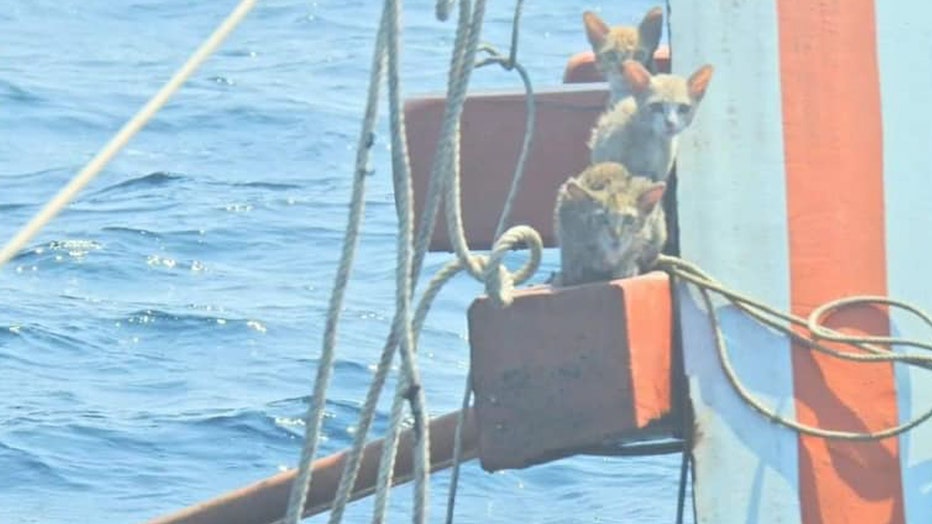 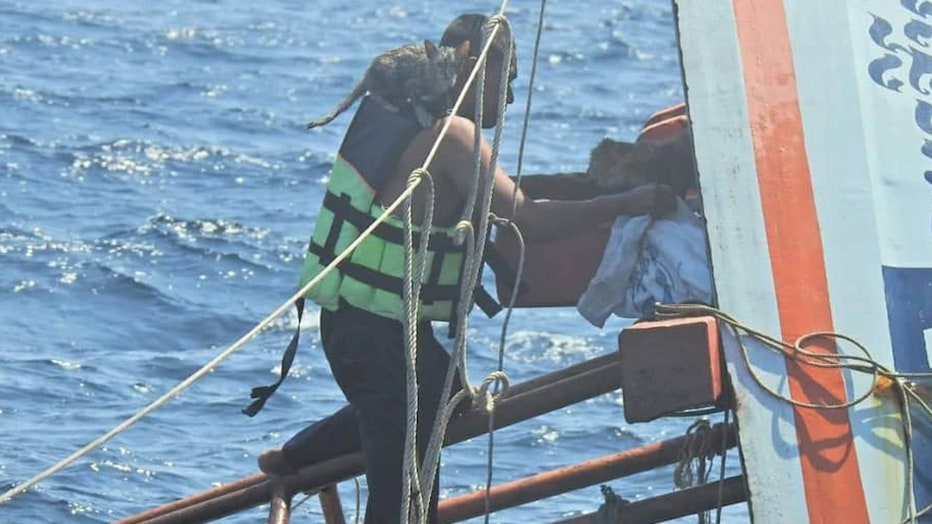 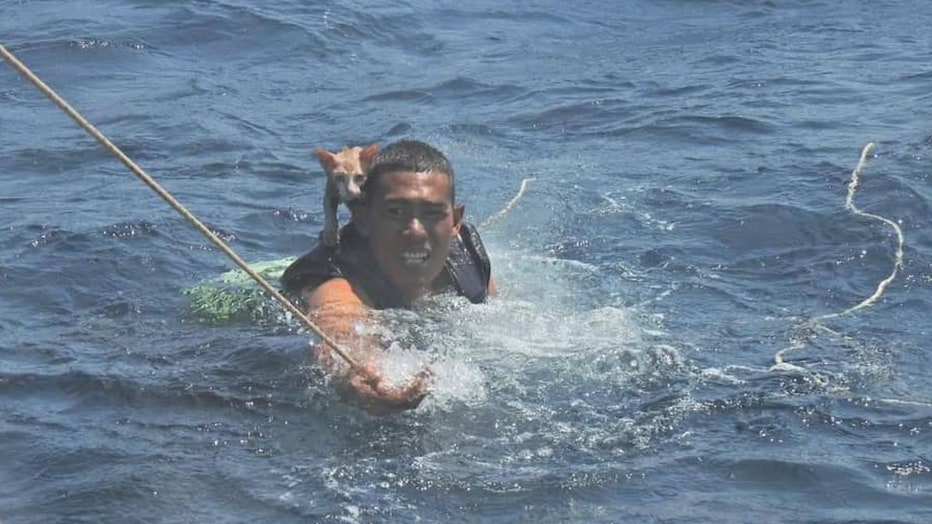 Sailor pulling himself to safety with cat on his back. 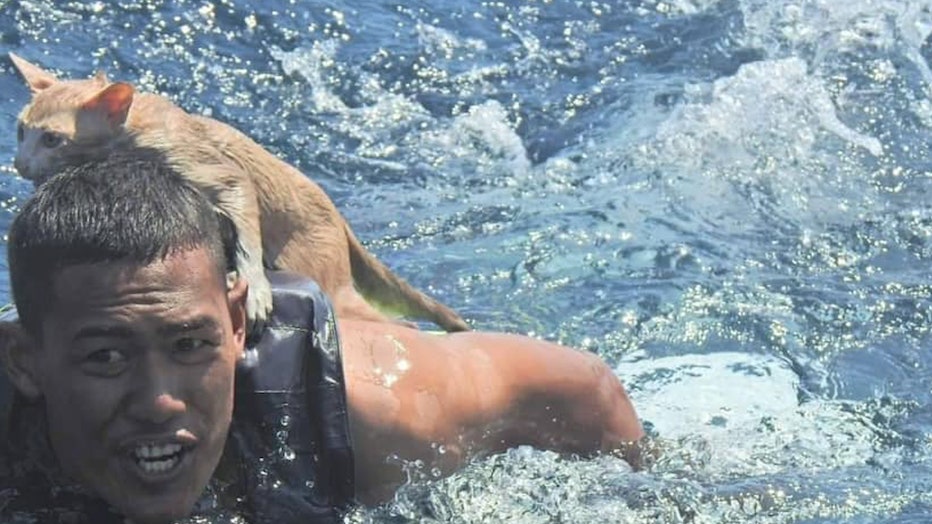 Sailor with cat on his back while swimming to safety. 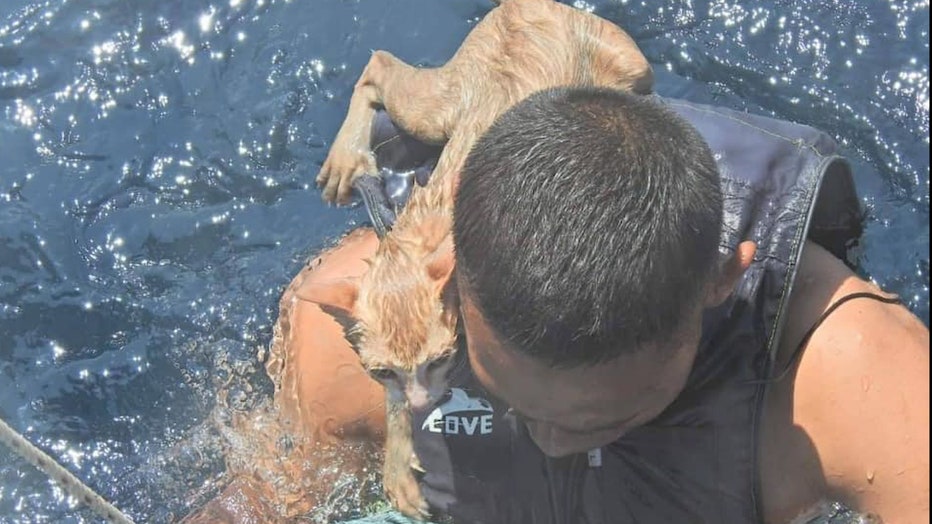 Sailor with a rescued cat on his back.

Other images show the cats safely on board the navy vessel and being cared for by crewmembers. 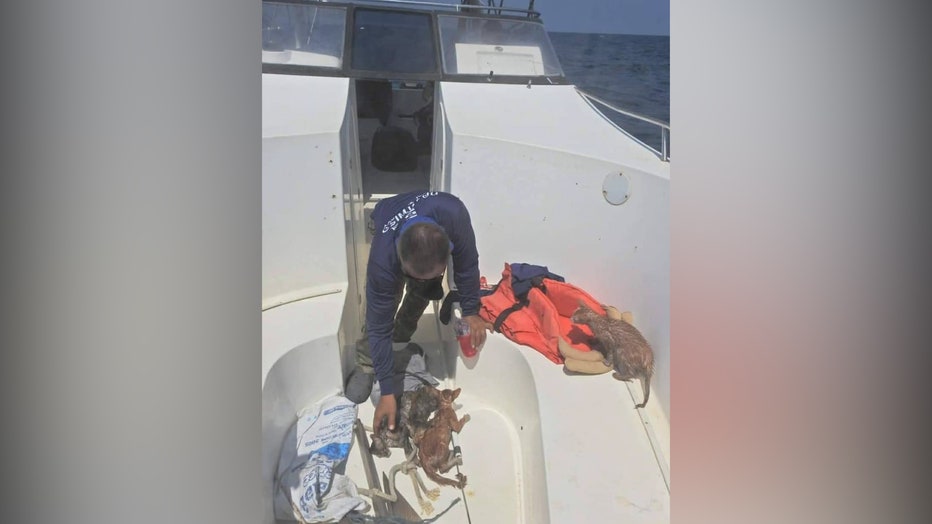 Crewmember caring for cats on board navy ship. 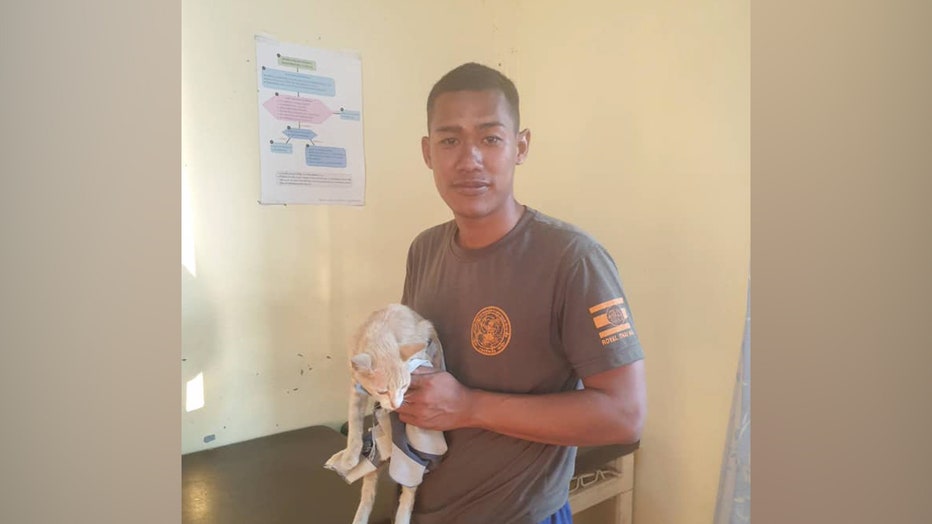 Sailor holding one of four cats he rescued.

According to the Thai Navy, a fishing vessel had caught fire and eventually sank in the Andaman Sea after the cats were rescued.

Subsequent video released by the navy shows the cats posing for photos as they bonded with their rescuers on March 3. The cats appeared to be doing well and have grown fond of their new human friends.