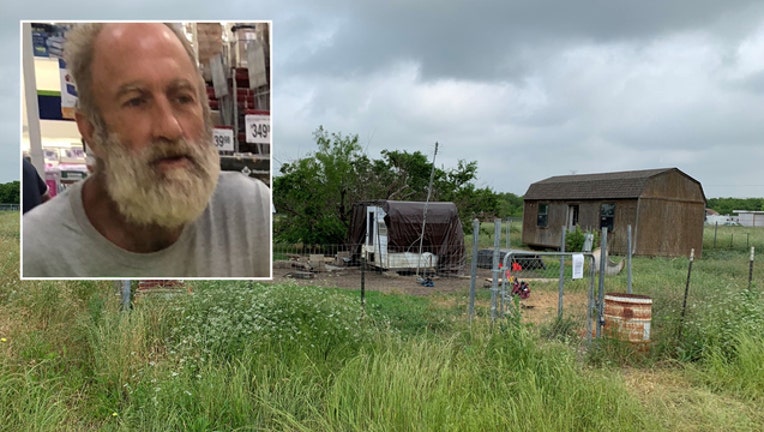 VENUS, Texas - Detectives believe a missing North Texas man was consumed entirely by his own dogs.

Freddie Mack, a 57-year-old man from Johnson County, was reported missing in the spring.

According to a news release from the Johnson County Sheriff’s Office, deputies met with Mack’s concerned family members who said they had last heard from him on April 19.

Deputies went to Mack’s home on King Cotton Road near Venus for a welfare check but initially couldn’t get close because of 18 aggressive dogs. They were able to distract the dogs for a while but didn’t find any sign of Mack inside his trailer, the sheriff’s office said.

The deputies returned to the home in May and again couldn’t get close because of the dogs. They used a drone to search the property and again didn’t find any sign of the missing man.

Throughout the month of May, the sheriff’s office said detectives checked area hospitals and jails and sought help on social media. They interviewed family members and neighbors who all described Mack as a reclusive man who rarely left his dogs unattended.

The sheriff's office seized the dogs, allowing detectives to conduct a more thorough search of the property. They cleared high brush and found dog feces that contained even more bone and clothing fragments. The fragments were sent in for forensic testing and positively identified as being Mack’s remains.

“During the course of our investigation, it was found that Freddie suffered from serious medical conditions. So we will never know if the dogs killed Mr. Mack or consumed him after he died from a medical condition. Either way, it is a very gruesome event and we extend our sympathy to Freddy Mack’s family,” Sheriff Adam King said.

The sheriff’s office said by the time the dogs were seized, two had been killed by other dogs. Thirteen of the remaining 16 were euthanized because of their aggressive nature.

Deputies began putting food and water over the fence for the dogs after Mack was reported missing, the sheriff's office said.