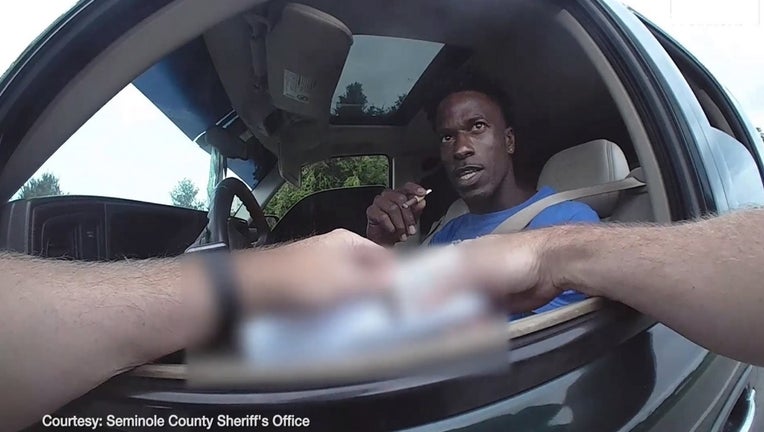 SEMINOLE COUNTY, Fla. - The Seminole County Sheriff's Office said Saturday afternoon that a suspect who fled during a traffic stop was taken in to custody.

They say he was pulled over on Interstate 4, near County Road 46A in the Heathrow/Sanford area just after 9:30 a.m.

After several hours of searching, deputies located Rudolph and held a news conference.

Body cam video was released later in the night and captured the incident, including the deputy being dragged by the suspect's car for several hundred feet before falling to the ground right next to I-4.

The incident all started with the deputy pulling over Rudolph for a dark tint on his car.

Eventually, he became agitated when the deputy asked him if he had been smoking marijuana.

In the video, the deputy asked Rudolph to turn his car off, but he refused and became angry.

The video shows the deputy pulling out a gun and Rudolph fighting him, seemingly trying to grab the gun.

In dash cam video from the deputy's car, you can see just how far the suspect dragged the deputy as he clung on to the car, before falling.

The sheriff's office says the deputy was released from the hospital and is recovering.