A Tesla was pulled over and then proceeded to back into a Flagler County deputy’s patrol vehicle, according to the sheriff's office.

FLAGLER COUNTY, Fla. - The Flagler County Sheriff's Office says a 'smart car' on autopilot backed into one of its deputy's patrol vehicles during a traffic stop on Friday.

The sheriff's office says a white Tesla was stopped after it was seen driving on the wrong side of the road after leaving a Wawa gas station in Palm Coast.

The car complied, came to a stop and then proceeded to back into the deputy’s patrol vehicle," according to a news release.

When the deputy walked to the car, he found a 14-year-old and a 15-year-old in the car. No one was seated in the driver's seat. When asked who was driving the car, both juveniles said the car was on autopilot when it backed into the patrol vehicle. 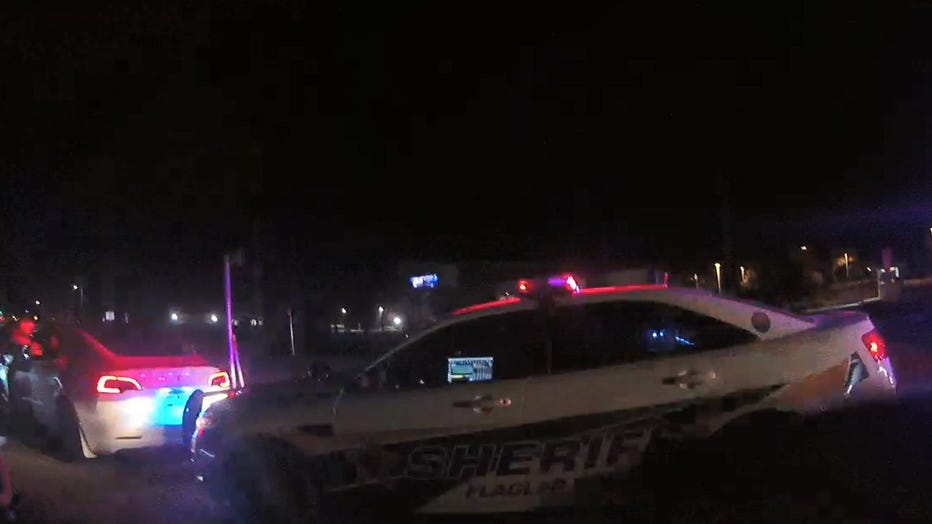 However, it was later determined that one of the juveniles was operating the vehicle before putting it in autopilot, causing the crash.

MORE NEWS: Marijuana-themed restaurant to open this month in Orlando

Deputies said the two teens were traveling from Charleston, South Carolina to visit one of their fathers.

"These kids are very lucky that no one was hurt and their actions didn’t have more serious consequences," Sheriff Rick Staly said. "It doesn’t matter if you are driving a ‘smart car’, driving without a license is still against the law. I hope these kids have learned a valuable lesson and I am grateful that no one was hurt and only minimal damage occurred to their vehicle."