Britney Spears conservatorship: Jamie Spears agrees to step down as singer's conservator I LiveNOW from FOX

Britney Spears' father has agreed to step down from his role as conservator of the singer's estate. Jamie Spears is working with the court and the singer's attorney to "prepare for an orderly transition to a new conservator."

Fans and followers of the pop star may have noticed Spears’ Instagram account was no longer active on Tuesday.

"She’s happy and in a great place," a source told Page Six, adding, "and silence can be a powerful thing and a powerful message." 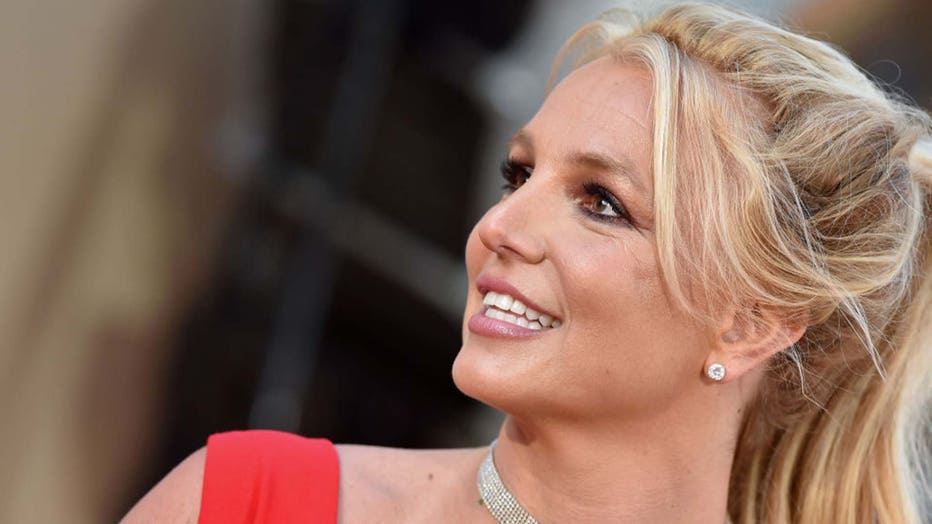 FILE - Britney Spears attends Sony Pictures' "Once Upon a Time ... in Hollywood" Los Angeles Premiere on July 22, 2019 in Hollywood, Calif.

On Monday, Spears announced her engagement to boyfriend Sam Asghari on Instagram, flashing her new engagement ring in a video post.

Spears’ manager Brandon Cohen released a statement saying he was proud of the couple.

"The couple made their long-standing relationship official today and are deeply touched by the support, dedication and love expressed to them," Cohen said, noting that Spears' new ring was designed by jeweler Roman Malayev.

Later on Monday, Spears posted to her Instagram again, speaking out against being controlled by others in a new social media post.

The "Toxic" singer took to her Instagram to share an article titled "Infusing Education with Heart" to which she said she related. It's an article she's shared before on her social platform and it discusses the importance of teaching children with the heart in mind.

The pop star, who has been fighting to be freed from a conservatorship she's been under for 13 years, discussed knowing what it's like to be "controlled by someone else." Her words on social media echo the sentiments she's shared in court the past several months as she's accused her father, Jamie Spears, of "conservatorship abuse."

"I had to repost this so you can see the whole article!!!!! Growing up in a world where basically almost everything I did was controlled by someone else ... I hope this message gets to people who have been confused or manipulated by a system !!!!" Spears' caption began.

The article called for reform in education to allow children to explore learning rather than to just merely be taught.

"How much do we teach knowledge versus draw out knowing? Prioritizing the former entrenches children into identification with their thinking mind and migrates them away from the feeling body. Yet, by being genuinely curious about their inner knowing, children are encouraged to stay connected to, and express the heart/body wisdom they are so naturally settled into when they are born," it stated.

Spears' post was inundated with comments from fans sharing their love and support for her. Many declared she's "almost free," referencing the latest development in her conservatorship case.

Just last week, Jamie Spears filed a petition to end the pop star's conservatorship, a move that stunned her fans as it came months after her father shared his opposition to her attorney's requests to step down as her conservator. Jamie has been in control of Spears' finances since 2009 after the singer underwent a series of involuntary holds. Spears has been locked in a court battle with Jamie over the past years as she's worked to get control of her life back.

Judge Brenda Penny, who oversees the case, will need to approve the move.

Britney Spears attorney Matthew Rosengart said in an email the filing "represents another legal victory for Britney Spears — a massive one — as well as vindication for Ms. Spears."

James Spears had been the target of much of the anger surrounding the conservatorship from both his daughter and the public.

A petition from Britney Spears’ attorney to remove him was to be heard at the next hearing in the case on Sept. 29.