A woman was arrested&nbsp;after&nbsp;a shooting and carjacking in Southwest Philadelphia&nbsp;led police on a pursuit that ended on the Atlantic City Expressway, authorities said Monday night.

PHILADELPHIA - A woman was arrested after authorities say a shooting and carjacking in Southwest Philadelphia led police on a pursuit that ended on the Atlantic City Expressway.

It started on the 1900 block of South Ethan Street around 6 p.m. Monday. Police say a woman attempted to steal a car and when the owner intervened she allegedly fired four shots at him.

About an hour later on the 5600 block of Pentridge Street, police say the same woman shot a 28-year-old man in the back and took his car.

He was taken to Presbyterian Hospital where he is currently listed in stable condition. 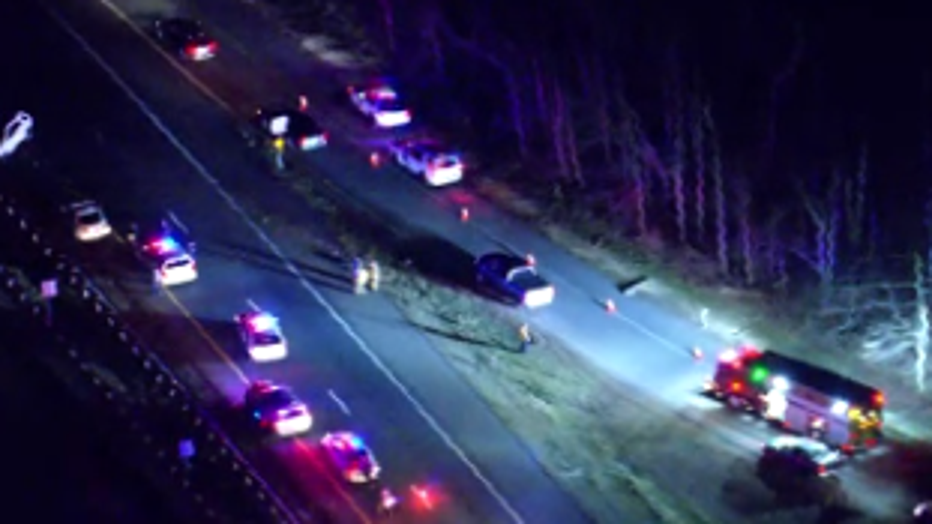 Following the carjacking, 18th District officers followed the woman through South Philadelphia in a slow-speed chase that lasted about 20 minutes.

"The vehicle then went over the Walt Whitman Bridge into New Jersey, and then traveled onto Route 42. and our aviation units still followed this vehicle overhead," Philadelphia Police Chief Inspector Scott Small said. "The vehicle got onto the AC Expressway, heading southbound when the vehicle got 15 miles out of the city in New Jersey, it hits a telephone pole or a utility pole."

The 26-year-old woman was arrested and a weapon was recovered from the car, investigators said.