ALLENTOWN, Pa. - According to the authorities,10 people were wounded in a street shooting outside a nightclub in Allentown early Thursday morning.

The shooting happened outside the Deja Vu nightclub on the 300 block of West Hamilton Street around 2 a.m. Witnesses said they saw several panicked people fleeing the scene on foot, and at least one car was spotted speeding away.

“It’s time for me to move. We’ve got a house somewhere else,” said Samuel Tolentino. Tolentino says he lives in the same building where the club is located. 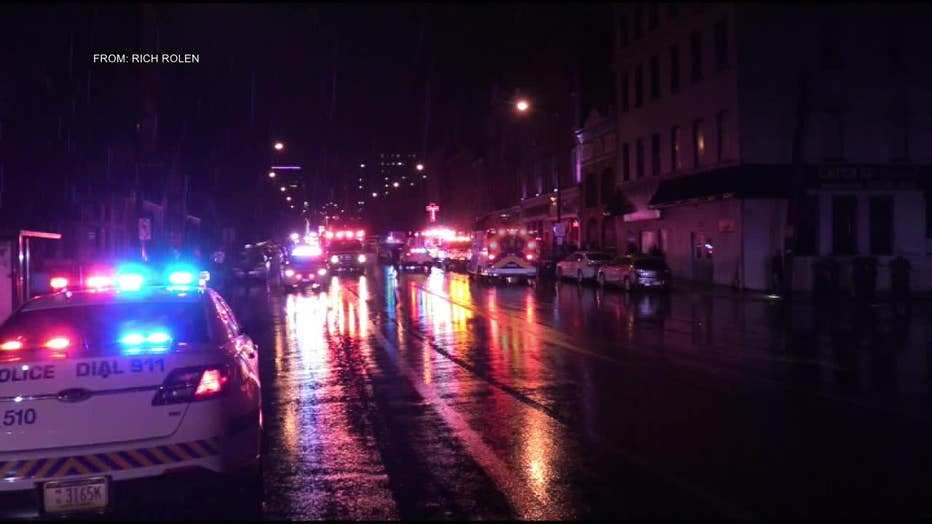 Police say there were likely several shooters, all of whom are still at large. Early investigative leads suggest the gunmen did not act indiscriminately and the violence was likely the result of gang activity.

Jim Zaengle says his friend saw it go down.

“He seen a couple of the guys get shot and they went limping across the street. Next thing you know, there’s four girls down the street going at it, throwing beer bottles all over the place,” Zaengle said.

“I’ve been in Allentown 30 years and this is the first time that something gang-related like that happened. I see graffiti all the time, but I’ve never seen to this extent,” Tolentino explained.

Authorities say all the victims are expected to recover from their injuries.