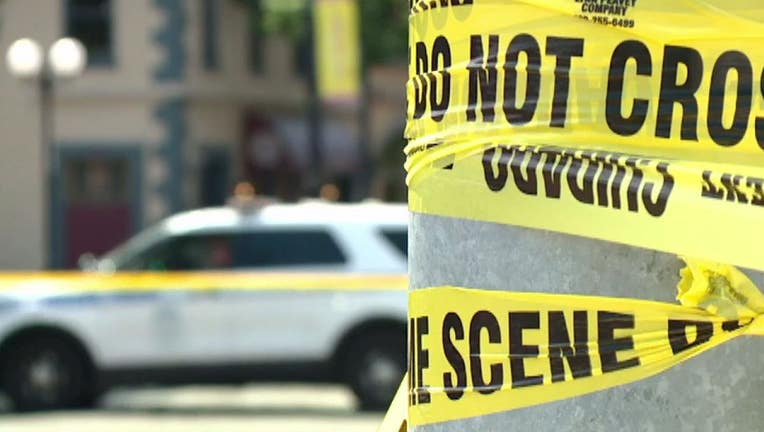 WASHINGTON - Following two mass shootings over the weekend, President Donald Trump called on federal authorities Monday to do a better job identifying violent extremists in the U.S. But that won't be easy.

Federal investigators looking to prevent acts of domestic terrorism, like the massacre of 22 people at a crowded shopping center in El Paso on Saturday, have fewer tools and legal powers at their disposal than they would if they were up against someone tied to an international organization such as the Islamic State or al-Qaida.

That challenge has revived questions about whether the FBI, which transformed itself after the Sept. 11 attacks to combat international terrorism and acquired broad new surveillance powers, is adequately positioned to confront a white nationalist threat responsible for some of the deadliest acts of violence in the last few years.

"I can go online and say whatever I want, but that doesn't mean it's sufficient for the FBI to open an investigation," said David Gomez, a former FBI counterterrorism supervisor. "You need to combine the free speech with an overt act, and that overt act has to be something criminal in nature."

The laws, as they exist, "are not designed around the FBI being able to prevent these actions," Gomez said. "The laws are designed to respond to crimes already committed and then investigate them."

Confronting domestic terrorism is an urgent issue for law enforcement at a time when white supremacists and like-minded extremists are causing more murders, including a rampage at a Pittsburgh synagogue that killed 11 last October, than Americans inspired by foreign groups. The FBI made about 90 domestic terrorism arrests in the first three quarters of the year and has hundreds of open cases.

Still, Trump said Monday, law enforcement "must do a better job of identifying and acting on early warning signs."

"I am directing the Department of Justice to work in partnership with local, state and federal agencies, as well as social media companies, to develop tools that can detect mass shooters before they strike," the president said.

That's easier said than done, with part of the challenge arising from how federal law distinguishes between international terrorism and domestic terrorism.

Law enforcement officials conducting international terrorism investigations, for instance, can get a secret surveillance warrant to monitor the communications of a person they think may be the agent of a foreign power or terror group. Similarly, the U.S. criminal code makes it a crime for anyone to lend material support to designated foreign terror organizations, including the Islamic State and al-Qaida, even if the investigation doesn't involve accusations of violence.

There's no domestic counterpart to that material support statute, meaning federal prosecutors must rely on hate crimes laws, weapons charges and other approaches that may not carry the terrorism label. Mere membership in, or support for, a white supremacist organization is not illegal. And decades after accusations of surveillance abuses in the era of former Director J. Edgar Hoover, FBI officials consider themselves duty-bound to follow internal guidelines meant to respect free speech.

"Our domestic threat actors, particularly independent actors, are very, very hard to surveil the same way we would surveil a foreign terrorist organization because we're constitutionally precluded from piercing" protected free speech, said Adam Lee, a former high-ranking FBI official who oversaw hate crimes investigations at the bureau and led the Richmond, Virginia, field office at the time of a deadly white supremacist rally in Charlottesville in 2017.

Other obstacles include whether technology companies can adequately flag troublesome behavior in advance, and whether law enforcement can successfully separate out those bent on violence from those who simply mouth off about it.

The perpetrators of extremist attacks often act by themselves without any affiliation to a broader movement or organization, which can thwart efforts to identify them beforehand. To the extent they reveal their plans for violence, it is sometimes only minutes in advance and, even then, often to a narrow audience. An anti-Hispanic screed that authorities increasingly believe was written by the suspect in the El Paso shooting appeared on an online message board about 20 minutes before Saturday's shooting.

"This is a totally disaggregated movement. There isn't some type of terrorist cell that you can infiltrate with your agent and discover the big, bad guy behind it," said Heidi Beirich, director of the intelligence project at the Southern Poverty Law Center, which tracks violent extremism. "It's just a more complex ecosystem."

Beirich said she believes "our entire intelligence framework since 9/11 took its eye off the ball of white supremacy. The threat wasn't identified as it was accelerating."

Now, she said, the problem has become apparent to everyone.