Atlanta police chief and mayor hold a press conference following an active shooter situation in Midtown. Police say a woman and the assailant were killed.

ATLANTA - Atlanta police said a gunman and a woman are both dead after a shooting in Midtown early Wednesday morning.

According to officials, the shooting happened at the Atlantic House high-rise apartment building on the 1100 block of West Peachtree Street shortly after 3 a.m. FOX 5 cameras caught the sound of gunshots near the scene.

"As we were getting the information through 911 our dispatchers could hear gunfire being played throughout the building," said APD Police Chief Rodney Bryant.

In response, police set up a large perimeter in the Atlanta neighborhood and searched for the suspect. Speaking to FOX 5, an officer described the search as an "active shooter-type situation."

According to the Georgia Bureau of Investigation, officers on the scene determined that the source of the shots was on the 21st floor of the apartment building.

Officials said the suspect, identified as 32-year-old Jarvis Jarrette, of Milledgeville, was shooting from the balcony on the 21st floor and fired at the officers. At one point the gunman jumped from balcony to balcony, firing shots inside and outside the building, shooting up several units.

Police say a woman was killed following a active shooter situation at a Midtown Atlanta condo building. Authorities say the assailant was also killed. Investigators indicated that the gunman and the woman knew one another.

Police said the suspect shot an unidentified woman who lives in the building. Speaking at a press conference, Mayor Keisha Lance Bottoms and Police Chief Rodney Bryant said officers made entry into the woman's apartment where they found her body. Officers also found Jarrette dead on a balcony.

The two were acquainted but police couldn't say how they knew each other or if the man lived at the complex.

"Sadly, we could not address what happened inside an apartment," said Chief Bryant, "but it is our quick response that I think saved our community from a much worse incident."

Both Bottoms and Bryant said during the press conference presser they were frustrated with people who filmed the events instead of calling 911.

Officials have not released any information about the unidentified victim and have not yet determined how Jarrette died. The GBI has been called to investigate the use of force by the involved officers. 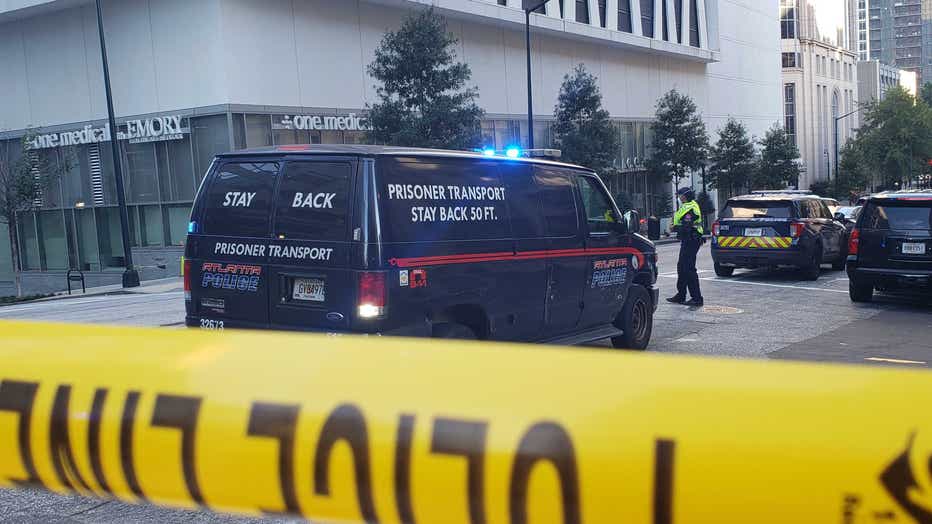 Due to the police presence, large portions of Midtown were been closed at this time. The scene has since been cleared, but drivers should expect delays and plan alternative routes.

Anyone with information that could be useful to the investigation, please call the GBI tip line at 1-800-597-TIPS (8477)

This is the 79th officer-involved shooting that the GBI has been called to investigate this year. 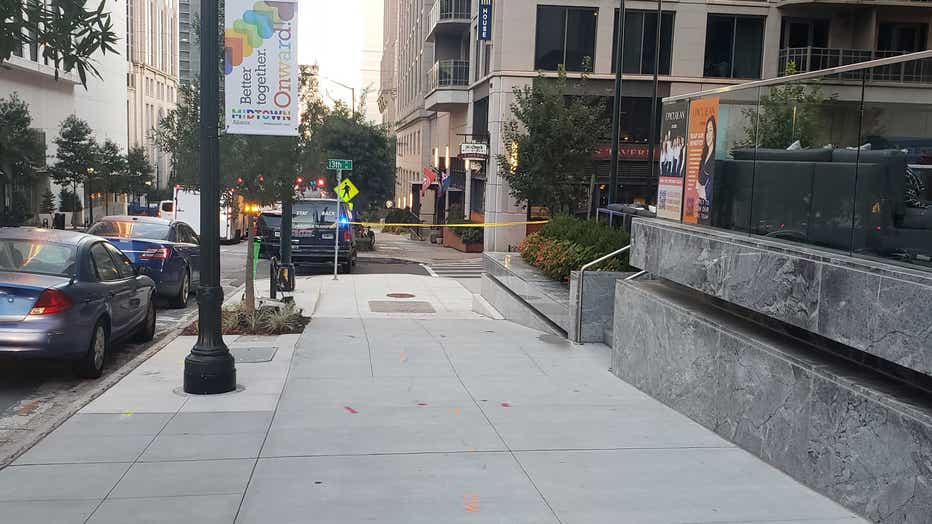