Human remains beieved to be linked to a missing person case from nearly 20 years ago have been found in Ridley Township. FOX 29's Dave Kinchen has more.

RIDLEY PARK, Pa. - An investigation is underway after the skeletal remains of a person were found in a submerged car in the Ridley Township Creek on Saturday.

A source tells FOX 29 the family of a man who went missing 19 years ago received a tip that his car was in a waterway near Stingers Waterfront in Ridley Park, Pennsylvania.

Police say officers responded to the Ridley Township Municipal Marina at 401 S. Swarthmore Avenue around 3 p.m. for a report of a missing vehicle discovered.

Authorities say they were notified by a volunteer search and recovery organization called Adventures with Purpose Underwater Dive and Recovery, which investigates cold cases specializing in locating vehicles underwater. 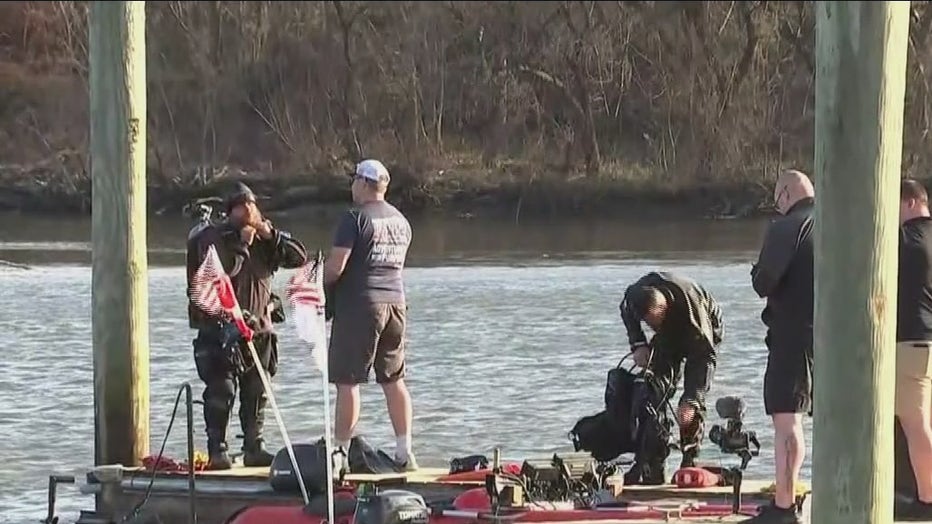 A source tells FOX 29 that the family of a man who went missing 19 years ago hired a private dive team to investigate reports of skeletal remains in the water in Ridley Township.

Police say the Delaware County Coroner's Office has taken the remains for testing.

The missing person's family has requested privacy as the investigation continues, police say.